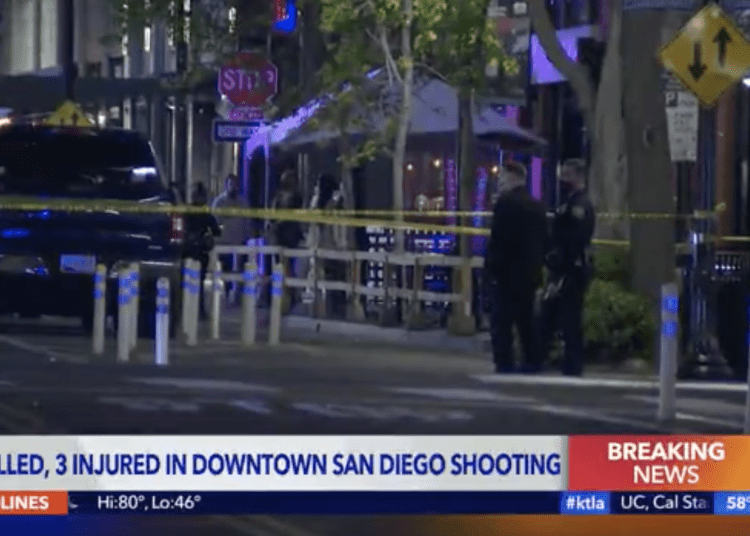 SAN DIEGO — A gunman in downtown San Diego shot and killed one person and then walked another block and opened fire again, wounding four people before officers took him down with a Taser, police said Friday.

A 32-year-old suspect was arrested after the Thursday night shooting and was taken to a hospital for injuries after being tackled by bystanders before police used a Taser to subdue him, police homicide Lt. Andra Brown said in a statement.

Brown said the gunman had been bumping into people and verbally picking fights, KTLA reported.

The gunfire erupted around 10:30 p.m. in the busy Gaslamp Quarter, a downtown nightlife district.

Police found a man fatally shot in a valet area outside a hotel when they received calls that more people had been shot about a block away, Brown said. The gunman got into a confrontation with a group of men and opened fire, wounding four others.

According to law enforcement authorities, the murdered man was 28-years-old. Police did not release names of the shooting victims.

Authorities said the gunman had walked up to a man as he stood outside the hotel and gotten into an argument with him before opening fire and walking away.

On the next block over, he confronted a group of men and then opened fire on them. As a result, he was trailed by a group of people who tried to detain him before police arrived and got in a struggle with him, Brown said.