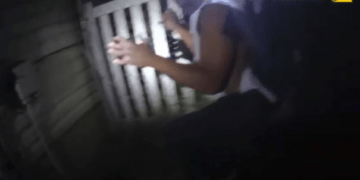 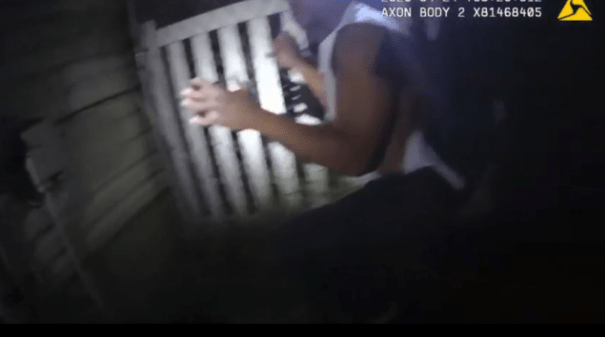 Officer Nickolas John Pearce, 39, responded to a report of domestic violence that day. Pearce is accused of commanding K9 Tuco to apprehend Jeffery Ryans, even though Ryans was on his knees and had his hands in the air, The Salt Lake Tribune reported.

“When K9 Tuco engaged and was biting Ryans, [Pearce] continually praised and encouraged K9 Tuco,” a probable cause statement said. “While he was being attacked by K9 Tuco, Ryans expressed extreme emotions reflective of pain from being bitten by K9 Tuco and plead with the officers to stop the biting. He questioned why he was being attacked when he was not resisting.”

Ryans received medical treatment for the K9 bite and was subsequently booked into the Salt Lake County Metro Jail on a charge of violating a protective order, Fox 13 reported.

In August, Mayor Erin Mendenhall announced Pearce was placed on leave and SLCPD was suspending its use of K9s after body camera footage of the incident surfaced.

Former Salt Lake City Police Chief Chris Burbank told FOX 13 that Pearce’s use of the K9 against Ryans did not appear justifiable.

“Watching it again several times, you don’t see any indication that this person is going to flee, or they’re going to fight,” Burbank said after watching SLCPD’s body camera footage of the incident.

District Attorney Sim Gill and other public officials learned about the incident after The Salt Lake Tribune obtained the body camera footage and published a report in August, prompting questions about SLCPD’s handling of the matter.

“There was nothing that caught our attention that stood outside the norm, as far as, there was not a complaint made to Internal Affairs to get the process going back in April,” said Deputy Chief Jeff Kendrick in an August 12 interview, adding that it “would have been our preference to take a look back in April.”

The aggravated assault charge filed against Pearce is a second-degree felony, according to Fox 13.

Law Officer is the only major law enforcement publication and website owned and operated by law enforcement. This unique facet makes Law Officer much more than just a publishing company but is a true advocate for the profession.
Tags: Jeffrey RyansK9 TucoNickolas John PearceSalt Lake County District Attorney