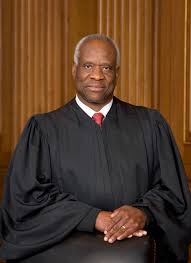 A report suggesting Supreme Court Justice Clarence Thomas would soon step down has been soundly rejected by Thomas’ wife.

Ginni Thomas summarily dismissed Sunday’s lightly sourced report in the Washington Examiner, originally headlined, “End of conservative Supreme Court: Clarence Thomas may be next to leave.” She also had choice words for the writer, columnist Paul Bedard, who cited unnamed “court watchers” for the suggestion that the justice is “mulling retirement after the presidential election.”

“For all those who are contacting me about the possibility of my husband retiring, I say — unsubscribe from those false news sources and carry on with your busy lives,” Ginni Thomas wrote on Facebook hours after the article appeared. “IT. IS. BOGUS! Paul Bedard needs to find a phone in his life and unnamed sources are worth as much as their transparency is.”