The horrific collision was filmed by a news helicopter 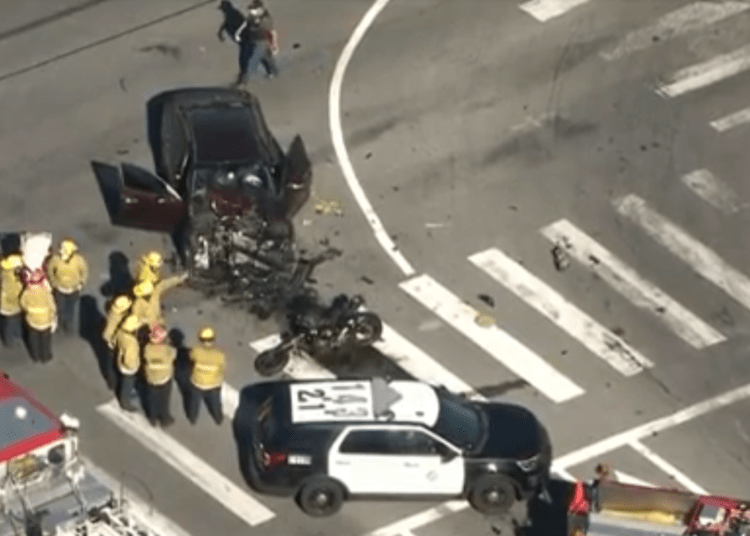 LOS ANGELES – A motorcyclist died after violently crashing into a vehicle at high speeds while being monitored by police in Southern California on Thursday afternoon, authorities said.

According to LAPD Officer Lizeth Lomeli, the motorcycle had been reported stolen in the San Fernando Valley. The bike was being tracked by a police helicopter after it was spotted about 1 p.m.

Ground units did not engage the motorcyclist in a pursuit as it traveled at high speeds, Lomeli told KTLA.

The rider of the stolen motorcycle slammed into a car at the intersection of Roscoe Boulevard and Fallbrook Avenue about 1:15 p.m., LAPD said.

The rider was thrown from the bike and pronounced dead at the scene.

The crash was filmed by a news helicopter with CBS Los Angeles and can be viewed below.

Police have not released the identify of the deceased suspect.

Two people in the vehicle that was struck by the motorcycle were injured and transported by ambulance. Their conditions were not immediately known, but one person appeared to be conscious and talking while being wheeled away from the wrecked car, KTLA reported.

Police units flocked to the area and blocked off Roscoe and Fallbrook while authorities investigated the traffic fatality.

No further details were immediately released.