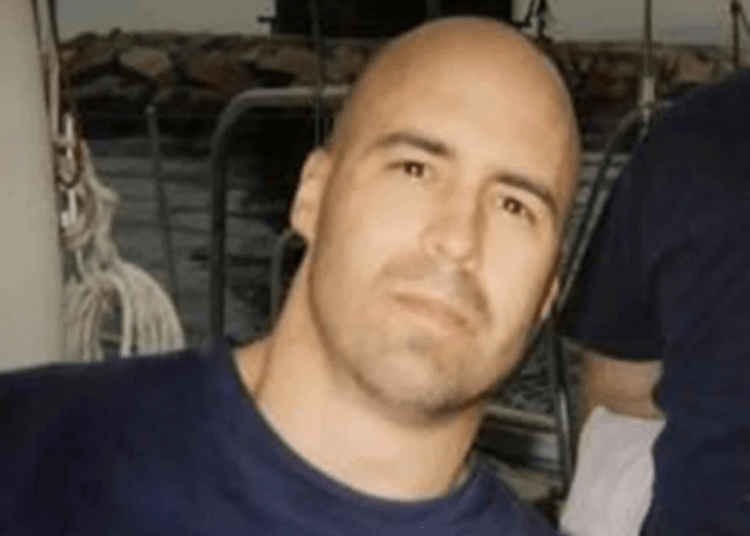 LAS VEGAS — A retired Connecticut State trooper was killed in a one-punch attack while vacationing in Las Vegas, police said. Thomas Driscoll, a 22-year veteran of the Connecticut State Police, died early Sunday from head and neck injuries after being attacked by a stranger who police say followed the retiree and a woman on a pedestrian bridge on the Las Vegas Strip, police said.

An arrest report obtained by the Las Vegas Review-Journal says Driscoll, 57, was on a walkway near Bally’s with a woman when they passed a group of men.

One man in the group, identified by Las Vegas Metropolitan Police Department as Brandon Leath, 33, made a remark about Driscoll and the woman walking through them, prompting Leath to run up on the pair and then wait for the retired officer at the bottom of an escalator, according to police.

“Leath set down his backpack and took a fighting stance,” the arrest report stated.

Next, Leath reportedly punched Driscoll, knocking him to the ground. Driscoll was later pronounced dead at a hospital and a coroner ruled his death a homicide.

As a result, Leath was later arrested near The Mirage, New York Post reported.

According to LVMPD, Leith acknowledged being at the pedestrian walkway where Driscoll was attacked but denied punching him.

Leath appeared in court Wednesday on a murder charge in the predawn confrontation, which he denied being involved in before a judge cut him off and ordered him to return to court later this month, the Review-Journal reported.

“This is very serious,” Leath told the judge. “This is my life. Ma’am, I didn’t do anything wrong.”

Driscoll, an avid hiker, was visiting Las Vegas to spend months hiking along the West Coast, the newspaper reported.

“It was just a violent ending to such a gentle person,” said Brian Hsia, 28, who thought of Driscoll as a father after Driscoll dated Hsia’s mother for a decade, the Post reported.

Driscoll worked for more than two decades with the Connecticut State Police, primarily as a bomb squad member at the Bradley International Airport in Windsor Locks, Connecticut. He retired as a trooper in 2009, state police told the newspaper in a statement.

“It saddens us to hear that he died after being assaulted,” the agency said. “Our thoughts and prayers go out to his family and friends.”

Driscoll, a native of Chicopee, Massachusetts, remained a positive force in Hsia’s life despite parting ways with his mother, Annie Chong of Windsor, whom he knew for 20 years.

“He was a very important male figure in my kids’ life,” Chong told Western Mass News. “I was shocked when I received the phone call. I was in denial. I thought it was a scam.”