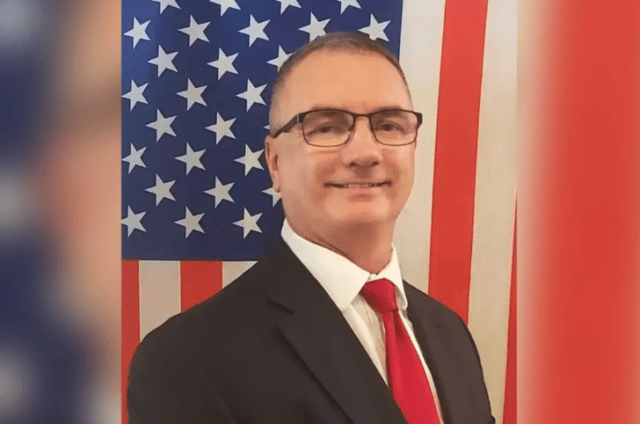 Candidate Randy Kaufman sought a position on the Maricopa County Community College Governing Board. But that was before he was caught in a different position, as a law enforcement officer discovered him with his pants down to his mid-thigh and “manipulating his genitals in a masturbatory manner,” according to a police report.

The lewd activity occurred Oct. 4 as Kaufman was parked outside the child center at the college district’s Rio Salado Lifelong Learning Center in the city of Surprise, Arizona, 12 News reported.

“Seriously?” the officer with the Maricopa County Community College Police Department said upon finding the Republican politician in a compromising position playing with himself.

He said he was stressed so he pulled into the lot to relieve himself without realizing where he was located.

Kaufman discontinued his campaign Tuesday after media reports detailing the arrest were circulated, 12 News reported. The panel oversees 10 colleges, including Rio Salado, the scene of the offense.

Kaufman claimed he did not realize how close he was to the preschool. After repeatedly acknowledging that he “f***ed up,” he dropped the “I-know-so-and-so-card.”

“Can I say something off the record?” Kaufman queried. “I know Officer Jim Hill; he works with you guys … and … I’m running for the Governing Board for the colleges. I didn’t even know this was one of your sites but now I see the signs all over the parking lot.”

Nothing was “off the record” as the arresting officer included the spontaneous statement in the arrest report.

The news outlet reported that Kaufman is facing a charge of public sexual indecency. However, it could be upgraded to a felony due to the close proximity to the childcare center.