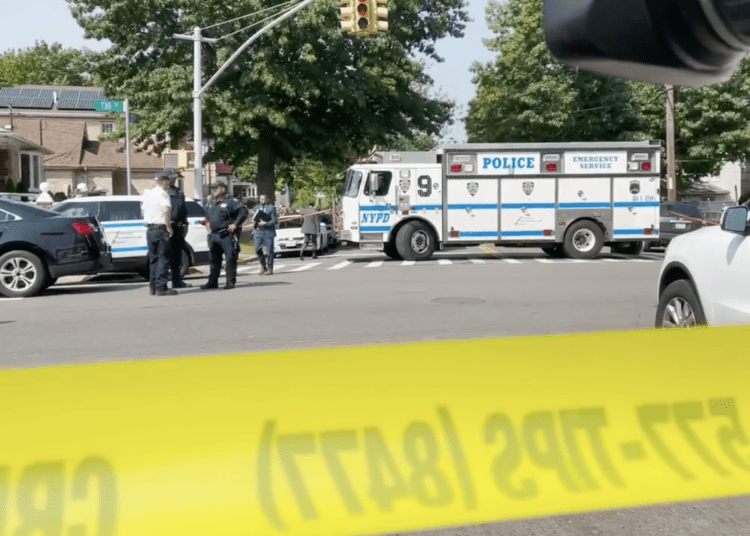 NEW YORK — Police shot and wounded an enraged man who is the husband of an NYPD officer after he reportedly took the woman’s weapon and pulled it on her early Tuesday. The violent encounter prompted the off-duty officer to jump out of a window to get to safety, according to law enforcement authorities.

The off-duty 101st Precinct officer called 911 around 9 a.m., seeking help as her husband was threatening her with her own loaded firearm in Queens, sources said, according to the New York Post.

“You committed adultery, you cheated on me,” the husband reportedly said to his wife, while holding her at gunpoint, according to the sources.

“He’s pulled a gun on me,” the off-duty officer told the dispatcher. “He will shoot.”

ADVISORY: Please avoid the vicinity of 133 Avenue and 129 Street in Queens due to a police incident. Expect heavy traffic and emergency vehicles in the area. pic.twitter.com/bOzckykFYp

According to sources, the woman also cautioned responding officers regarding “multiple guns in the house.”

At some point during the confrontation, the woman jumped out a window to escape, sources confirmed.

The husband later fired at responding officers. They returned fire, striking the suspect in the arm, the sources said.  He was taken into custody and transported for medical treatment, the Post reported.

NYPD did not release further information at the time of publication.