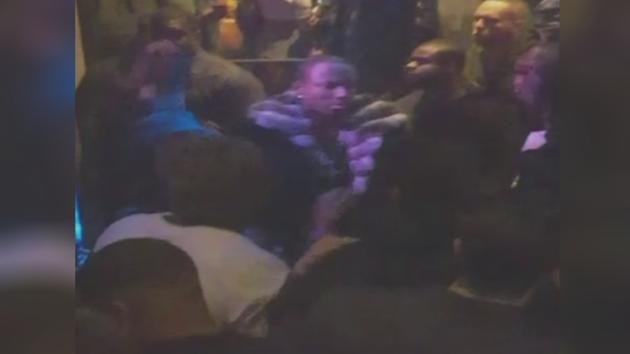 Two off-duty police officers injured and hospitalized after an alleged bar fight with Buffalo Bills’ LeSean McCoy have filed suit against the Buffalo Bills running back in the Philadelphia Court of Common Pleas, according to ESPN.com’s John Barr.

.
“Our investigation has confirmed that [officers] Darnell Jessie and Roland Butler were viciously attacked and beaten by LeSean McCoy and the additional defendants,” said Fortunato N. Perri Jr., the attorney for the police officers involved in the incident. ”

“As a result of the violent assault, both men have suffered serious and permanent injuries.”
In April, the Philadelphia District Attorney’s Office concluded that it couldn’t prove who initiated the fight and as a result, decided not to charge McCoy.

In 2014, McCoy made news after he tipped twenty cents on a tab of over $60 after what was described as “excellent” and “impeccable” service.