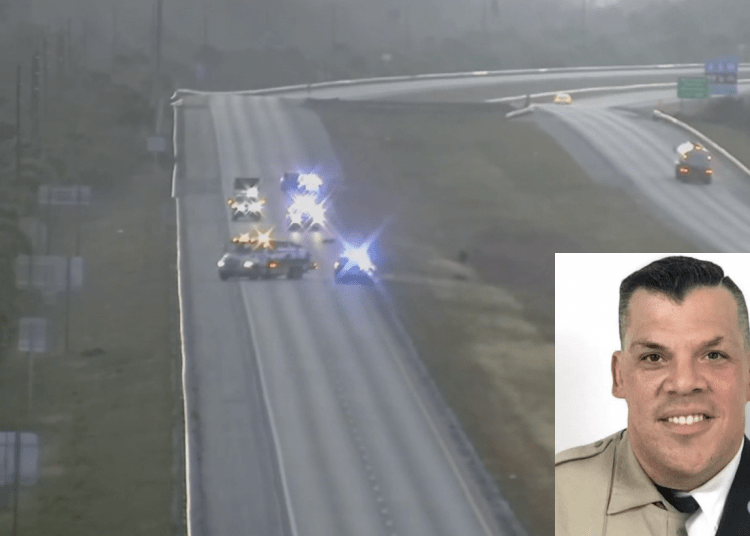 The Miccosukee Tribe and the Miccosukee Police Department confirmed the death of Officer Horacio Sebastián Dominguez on Sunday, calling him a “dedicated military veteran, Marine and soldier, who served his country honorably and recently retired as a Staff Sergeant with the Army National Guard.”

The Florida Highway Patrol says Dominguez was heading west when the right rear tire of his patrol car blew out, causing him to lose control of the vehicle. As a result, the police unit overturned several times before coming to rest in the median.

#RIP Officer Dominguez & thank you for your service!

Sending our deepest condolences to the Miccosukee Police Department for their loss!

Dominguez, who was from Miami, was ejected from the vehicle and died at the scene. He was not wearing a seatbelt, winknews reported.

The crash remains under investigation. It happened at about 1:20 a.m., at mile marker 51 – west of Snake Road.

Dominguez leaves behind a wife and a young daughter.

“At this time the Tribe is providing support and assistance to the fallen officer’s family,” the department said.