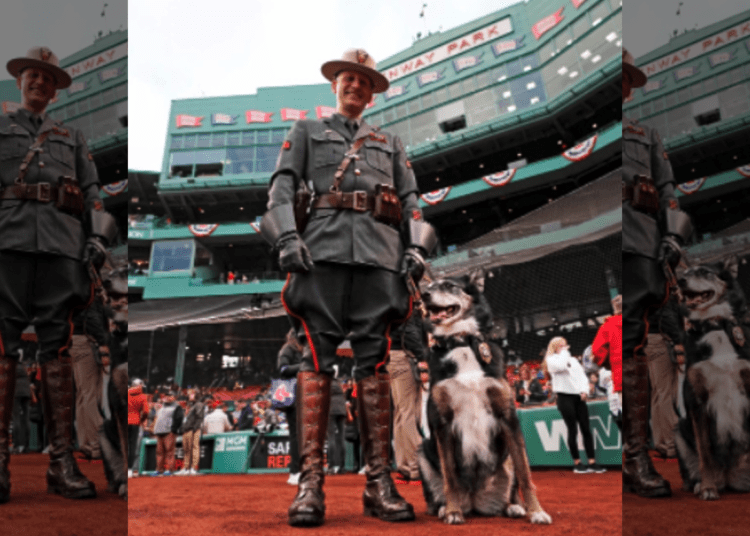 RHODE ISLAND – K9 Ruby was discovered in a Rhode Island animal shelter. She became a hero for her work and the magical story with a loving trooper who sought desperately to become a K9 handler. Their journey was featured in the Netflix movie, “Rescued by Ruby.”

On Sunday, authorities announced that K9 Ruby was put down due to an “untreatable illness.”

The Rhode Island State Police revealed that K9 Ruby was euthanized May 13 due to a “sudden, acute, and untreatable illness.” She was 11 ½ -years-old and worked with the police agency for 11 years, according to a press statement.

“K-9 Ruby dedicated her life to serve the citizens of Rhode Island and make a positive impact on every person she ever interacted with,” Col. Darnell Weaver, superintendent of the Rhode Island State Police, said in the press release. “She became a symbol of hope for all shelter dogs, showing the world what a shelter dog can do when just given love and the chance to shine.”

“She had a full, happy, and wonderful life, not only as a trooper but as part of a loving family. She worked right until the end and never gave up doing what she loved most — making people smile,” he added.

Ruby was an Australian shepherd/border collie mix. She was the first shelter dog to train with the Rhode Island State Police, Yahoo News reported.

Cpl. Daniel O’Neil sought fervently to become a K9 handler and trained with Ruby for a year, helping her become a certified trooper with the Rhode Island State Police K9 Unit by 2012.

Ruby spent months at the Rhode Island Society for the Prevention of Cruelty to Animals (RISPCA). She was adopted and returned five times, yet shelter volunteer Patricia Inman did not give up on her.

Finally, Cpl. O’Neil brought Ruby home. The duo became a highly unlikely pair to qualify as a certified K9 team, yet that is exactly what they did through hard work and dedication.

K9 Ruby’s story went nationwide following a remarkable 2017 rescue. At the time, O’Neil received a call from Rhode Island’s Gloucester Police Department, asking for assistance locating a missing boy gone for over 36 hours. Ruby came through in the clutch.

O’Neil and Ruby’s symbiotic relationship was featured in the the heartwarming Netflix movie, “Rescued by Ruby.”

“Ruby lived with Corporal O’Neil and his family. She will be honored privately,” State Police said in the announcement of her passing.