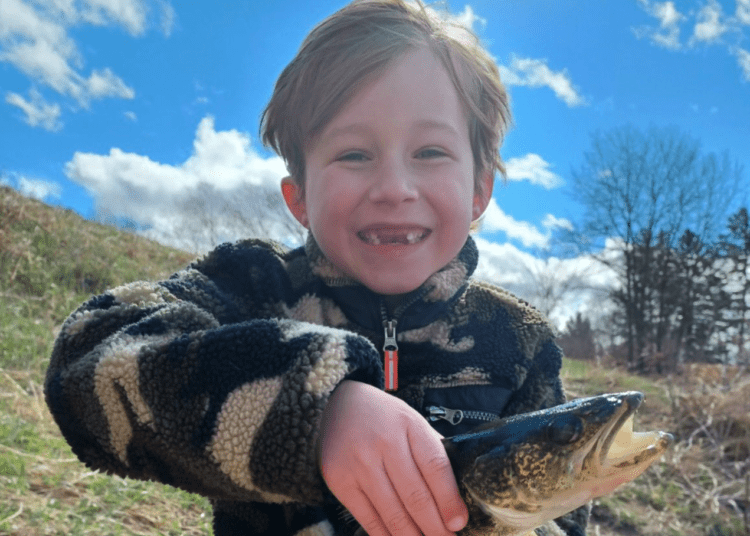 ORONO, Minn. – A mother in Minnesota who was recently awarded custody of her 6-year-old son is now accused of killing him and stuffing his body in the trunk of her vehicle, according to reports.

The Orono Police Department dispatched officers about 7 a.m. Friday to a suspicious vehicle that was driving on its rim and had a back window smashed out.

Police conducted a traffic stop and spoke to the woman who was driving the car. During their conversation, officers noticed blood inside the vehicle.

During a subsequent search they located the body of young Eli Hart in the trunk of his mom’s Chevy Impala, ABC 5 Eyewitness News reported.

Julissa Thaler, 28, was taken into custody after officers discovered the homicide, according to the New York Post.

Police processed multiple crime scenes following the arrest. They included the automobile, the woman’s apartment, where a second unidentified person was arrested, and a Shell gas station about two miles away from the traffic detention, ABC 5 reported.

“It sort of shocks you, and our hearts go out to the victim in this as well as the officers, first responders,” said Orono Police Chief Correy Farniok.

Tory Hart, Eli’s father, lodged several complaints about Thaler’s drug and mental health problems. However, his pleas were ignored by the courts, the report said.

Regardless of Tory Hart’s warnings, Thaler was awarded full parental custody of Eli. Sadly, 10 days later his body was discovered during the car stop.

According to Tory Hart’s fiancée Josie Josephson the court failed the boy by awarding custody to his mother despite her substance abuse problems and mental health issues, Fox9 reported.

Family members have identified 6-year-old Eli Hart as the boy found dead in a car trunk near Orono Friday.

Still, she was granted full parental custody on 5/10 and the case was dismissed. @WCCO #WCCO pic.twitter.com/gE2dzQ7lyY

Tory Hart was shielded from having a relationship with his son until the beginning of 2021 due to Thaler’s parental roadblocks, according to the boy’s one-time foster mom.

The foster mother said their bond was powerful from the beginning, the New York Post reported.

“Eli fell in love with his father and loved spending time with him,” she wrote on a GoFundMe page. “Tory was excited to make up for all the lost years and was thrilled to start teaching his son how to fish and ride a bike with no training wheels.”

Now, Tory Hart is planning a funeral for his young son. A cause of death has not yet been disclosed.