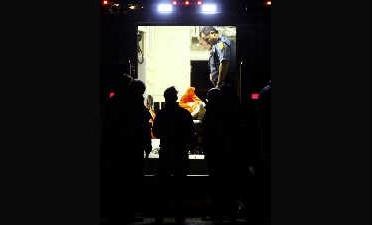 Police: Clemmons Had Help from Friends and Family

Police: Clemmons Had Help from Friends and Family

Despite a gunshot wound to the torso, Maurice Clemmons eluded a dragnet for two days as police searched for him in connection with the fatal shootings of four police officers in a suburban Tacoma, Wash., coffeehouse.

Police say friends and relatives helped him stay hidden as long as he did. Four were in custody Tuesday. Two were charged with criminal assistance, a felony. The manhunt came to an end at 2:45 a.m. Tuesday. A Seattle police officer saw Clemmons and told him to show his hands. The suspect ran and appeared to reach into his pocket, and the officer shot and killed him, Assistant Police Chief Jim Pugel said.

Relatives and friends drove Clemmons from the scene of the coffeehouse shooting, bandaged his wound, drove him 40 miles to Seattle and hid him, affidavits filed by Pierce County Prosecutor Mark Lindquist say. Three of those in custody were identified as Ricky Hinton, Clemmons' half brother, Eddie Lee Davis and Douglas Davis. "We expect to have maybe six or seven people in custody," sheriff's spokesman Ed Troyer said. "Some are friends, some are acquaintances, some are partners in crime, some are relatives. Now they're all partners in crime."

Clemmons is suspected of ambushing four Lakewood police officers Sunday. A coffeehouse employee identified him in a photo array, the affidavits say. According to the documents, someone drove Clemmons away from the coffeehouse. The Davises said that at Hinton's home, Clemmons told them and Hinton he had "taken care of business" and had been shot by police. They said he had told them the night before that he would shoot police. The Davises and Clemmons went to the home of a female relative of Clemmons' in the Seattle area, where they treated Clemmons' wound, the affidavits say.

From there, the documents say, they drove to a parking lot and met a woman who took them to an apartment complex where Clemmons switched cars. His journey ended when he encountered the officer who shot him. "If the officer didn't pull up … there's no telling what he would've done," said Ron Lewis, 59, who lives in the neighborhood where Clemmons died. "Maybe he would've hijacked someone else driving by. He knew they were looking for him. He had to be desperate."