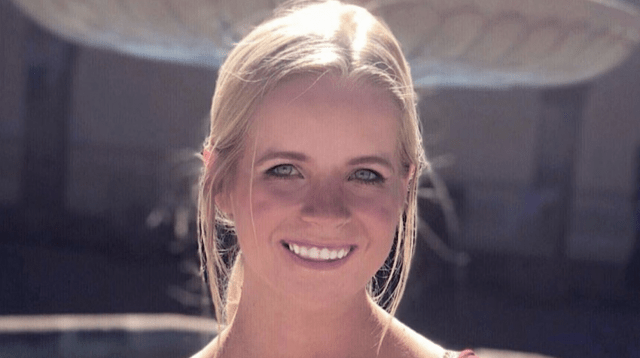 The body of 21-year-old Alexandria "Ally" Kostial was found Saturday morning in Harmontown, Miss. by officers on patrol. (Facebook)

HARMONTOWN, Miss. – “Foul play” was reportedly involved in the death of a 21-year-old female University of Mississippi student found dead near a lake this weekend, officials said.

The Lafayette County Sheriff’s Department said the body of Alexandria “Ally” Kostial was found Saturday morning in Harmontown, located about 20 miles from the Ole Miss campus in Oxford, Miss.

Sheriff’s officials told FOX13 Memphis “foul play” was apparent, but no cause of death was immediately released.

Neighbors in the area told WMC-TV that first responders swarmed the remote neighborhood on Saturday morning.

“I was sitting on the couch and saw the ambulance go by and was curious and went outside and then the next thing I know the coroner came by and two unmarked vehicles,” Michelle Bramlett told WMC-TV.

Officials from the sheriff’s office remained tight lipped and said they are not releasing additional information at this time.

Kostial was from St. Louis, Missouri and was a 2016 graduate of Lindbergh High School, FOX2 reported.

The young woman was working toward a bachelor’s degree in marketing in the School of Business Administration at the University of Mississippi.

University of Mississippi Interim Chancellor Larry Sparks said in a statement to FOX13 the school was “truly saddened” by her death.

“Ally was a valued member of our campus community,” Sparks said. “We extend our deepest sympathy to her family, friends and classmates and stand ready to support them during this time. We appreciate the work of the Lafayette County Sherriff’s Department and Coroner as they conduct their investigation.”