Stephen Alexander Marlow is in custody 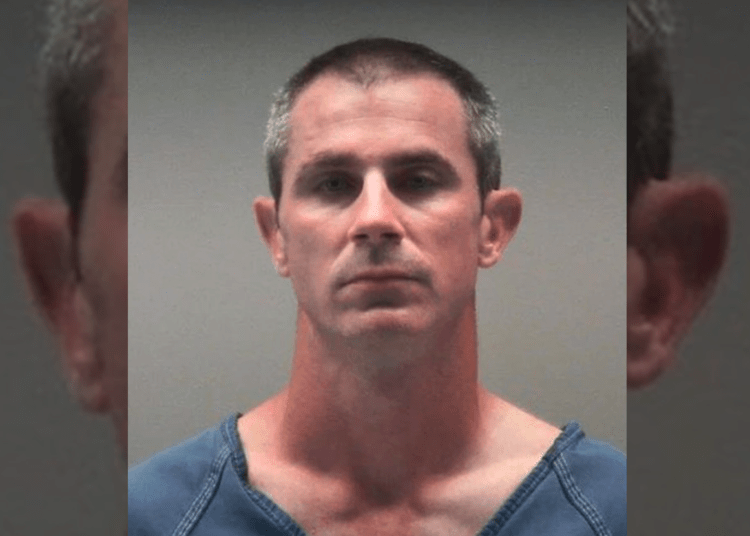 LAWRENCE, Kan. – The prime suspect in the shootings that left four people dead in Ohio has been taken into custody, police confirmed on Saturday.

Stephen Marlow, 39, was captured in Kansas by the Lawrence Police Department, Butler Township Police Chief John Porter said at a news conference. The suspect was captured around 10 p.m.

The victims were identified as Eva and Clyde Knox who were found dead in their home Friday morning. Sarah Anderson and her 15-year-old daughter Kayla were also discovered dead shortly after.

BUTLER TOWNSHIP, Ohio – Four people have been shot and killed in a small Ohio town on Friday and police are engaged in a manhunt for the man accused of committing the quadruple homicide, according to authorities.

Police responded to reports of a shooting in Butler Township just before midday on Friday, according to Chief John Porter of the local police department.

Upon arrival, officers discovered the bodies of four victims at multiple locations, Porter said. Among the dead are a mother and her daughter, Yahoo News reported.

Although authorities did not immediately release more details, they are searching for Stephen Alexander Marlow, 39, in connection with the murders.

He is described as a white male, 39 years old and approximately 5’11”, 160 pounds with short brown hair and was last seen wearing shorts and a yellow t-shirt. Marlow is believed to have fled the area in a white 2007 Ford Edge SUV bearing Ohio license plate JES9806, according to police.

“If anyone sees Marlow or the vehicle they should call 911 immediately as he is likely to be armed and dangerous,” Porter told reporters.

There was a large police presence at the scene of the shootings and police had two homes on Hardwicke Place sealed with crime scene tape on Friday afternoon.

A man who spoke to the news outlet WHIO identified himself as the father and grandfather of two people who were murdered. The man said he learned his daughter and teenage granddaughter were both dead.

Butler Township is located about eight miles north of Dayton and is comprised of approximately 8,000 residents.