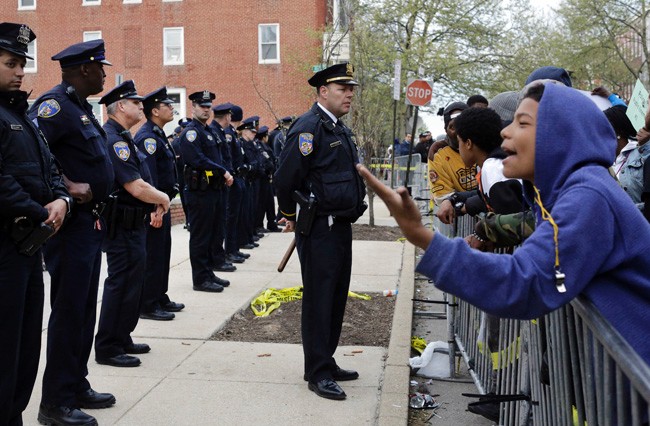 It’s clear that crime and cops figure heavily when it comes to national and state elections.

The movement awakened the cultural conservative in a lot of voters. “The left overreached.”

“About nine of 10 voters said the protests over police violence were a factor in their voting,”

“Clyburn cited calls to “defund the police” as a reason why Democrats lost races for Congress in the election, saying “these headlines can kill a political effort.”

There are Democrats at state and national levels who also think that denunciations of law enforcement were simply nuts and did nothing to get their candidates elected.

The Senate stayed in Republican hands (a special election in Georgia is coming), Republican gains were made in the House, there were Republican gains at the state level, there was a considerable Hispanic shift to Trump, Biden won with a razor-thin margin, and most of this happened at a huge funding disadvantage. Support for theJoe Biden reached a new low among Black men this year, according to the NBC News poll of early and election day voters, NBC News.

This was supposed to be the year of massive Democratic gains. Democrats were predicting a complete denunciation of Trump and Republicans.

How all this plays out within Democratic circles remains to be seen, but it’s clear that crime and cops figure heavily when it comes to elections. It’s a question of progressive politics; can Democrats win with that agenda beyond safe, predictable districts?

The flip side is that with some demographics and jurisdictions, progressive issues work. Among those who cited the police and protests as a factor, 53 percent voted for Joe Biden, and 46 percent for President Donald Trump (link below).

An abysmal showing by Democrats in state legislative races on Tuesday not only denied them victories in Sun Belt and Rust Belt states that would have positioned them to advance their policy agenda — it also put the party at a disadvantage ahead of the redistricting that will determine the balance of power for the next decade, Politico.

Per The Crime Report: House Majority Whip James Clyburn criticized calls to “defund the police” Sunday, saying that the phrase hurt Democratic congressional candidates and could potentially derail the Black Lives Matter movement, reports USA Today. Clyburn  told CNN that he’d spoken with the late Rep. John Lewis about the phrase this summer, the two concluding “that it had the possibilities of doing to the Black Lives Matter movement and current movements across the country what ‘Burn, baby, burn’ did to us back in 1960.”

While the suburbs in many parts of the country seemed to reject President Donald Trump’s brand of brash, hard-right rhetoric and policy, several Republican candidates in New York appeared to find success by characterizing moderate Democrats in swing districts as anti-law enforcement, reports the New York Times. That message was often conflated with calls from the left to “defund the police” and with occasionally violent clashes between authorities and Black Lives Matter protesters. “

The woke movement awakened the cultural conservative in a lot of voters,” said William F. B. O’Reilly, a Republican political consultant in New York. “The left overreached.” In several of New York’s swing districts, voters, many of them older and white, appeared receptive to Republicans’ law-and-order message and the perception that the Democratic Party was run by the far left and was singularly obsessed with defeating the president, Calls To ‘Defund’ Police Hurt Democrats, Clyburn Says.

Per The Crime Report: The early weeks after protests that broke out over the police killing of George Floyd, polling showed broad and deep support for them. As the summer wore on with sporadic looting and acts of vandalism, Americans became much more divided, as was evident on Election Day, the New York Times reports.

About nine of 10 voters said the protests over police violence were a factor in their voting, with more than three-fourths calling it a major factor, according to preliminary data from A.P. VoteCast, a voter survey for The Associated Press by NORC at the University of Chicago.

About a fifth of voters said the protests were the single most important factor in their decision. The survey interviewed over 140,000 respondents by phone and online.

These voters were split on who should be in the White House. Among those who cited the protests as a factor, 53 percent voted for Joe Biden, and 46 percent for President Donald Trump.

Interviews with voters showed strong differences that often ran along racial lines. Many Blacks viewed the protests through the lens of police violence threatening their lives, while many conservative white voters saw unrest encroaching on their communities.

In the early days of the protests, liberal activists called to “defund the police,” arguing that reducing police department budgets would allow for more investments into communities struggling with poverty.

The electoral impact of that message is now being debated by Democrats. In a  conference call among House Democrats on Thursday, Rep. Abigail Spanberger (D-VA), who narrowly won re-election, angrily blamed liberals for embracing the “defund the police” movement. President-elect Biden opposes police defunding. Seventy percent of voters polled said racism in policing was a very serious or somewhat serious problem. Of those voters, three in 10 favored Donald Trump,75% Say Police Protests Influenced Their Votes.

Nothing More Fundamental Than Personal And Family Safety

COVID and the economy took center stage, but I believe that something more intrinsic and powerful played a significant and deciding role.

There is nothing more fundamental than personal and family safety. That theme has been part of my analysis (and the examinations of others) in dozens of articles discussing crime, fear, and perceptions of law enforcement.

Detractors, justice advocates and reporters viciously railed against cops while advocating for leniency for violent offenders while the rest of the nation thought they were out of touch with reality.

Cops have taken the public relations beating of a lifetime. Some of it was deserved. Yes, the George Floyd video was disgusting.

But throughout the use of force discussion, voters mostly saw officers making split-second decisions under very dangerous circumstances. They read stories about people no longer wanting to be cops and the hoards of officers currently leaving the job at the insistence of family members.

Without cops, citizen safety is jeopardized, which is a partial reason why so many are currently leaving cities and buying firearms.

By the way, polls continue to rate police officers highly (yes, there is slippage) suggesting that they are among the most trusted organizations in America (rating far better than Congress or the media).

Interactions with officers are rated highly regardless of race. Studies of people in high crime areas show a desire for more officers and a great reluctance to defund them, Perceptions of Law Enforcement.

Per public opinion polls, cops are popular with approval ratings much higher than most institutions, including the media and Congress. If you look at data regarding direct interactions with police and the public, the ratings of cops are high regardless of demographics.

Violent crime is increasing considerably. The fear of crime is very high, Crime In The US .

Handgun sales are going through the roof. People are leaving cities due to COVID and crime. Police officers are leaving the profession at the insistence of family members. Police recruitment is down by 63 percent. Minneapolis may bring in officers from other jurisdictions to help the city’s police department as the city faces a wave of violent crime and an officer shortage, The Minneapolis Star Tribune.

Running on an anti-police platform seems like political suicide. It’s threatening to most voters. “Defunding” the police, however ambiguous, appears to have helped Republican candidates for the House of Representatives in New York, The New York Times.

However, denying the onslaught of negativity regarding cops (some of it deserved) is equally dysfunctional. We have to do better, especially within minority communities. Anyone expressing hate hurts all of us and needs to be roundly condemned.

The media is conflicted as to the degree of voter and legislative change as to justice policies. There are endless articles saying that justice modifications thus far are relatively insignificant.  Some state the opposite, CBS.

Judges throughout the country succeeded with a tough on crime message (forthcoming). While there are a few progressives winning some prosecutor’s offices, they are in predictable jurisdictions. Ninety-eight percent of prosecutors preach accountability and win.

While progressive change seems to depend on state or local politics, in my opinion, every time a protestor screamed profanities at a stoic cop from inches away, every time a brick or Molotov cocktail was hurled at cops, every time a video showed massive destruction during riots, every time footage showed innocent (sometimes elderly) people being viciously assaulted, every time a business was destroyed, someone decided to vote for conservatives.

Cops may have issues, but most voters see them as the only thing that stands between them and those violent.