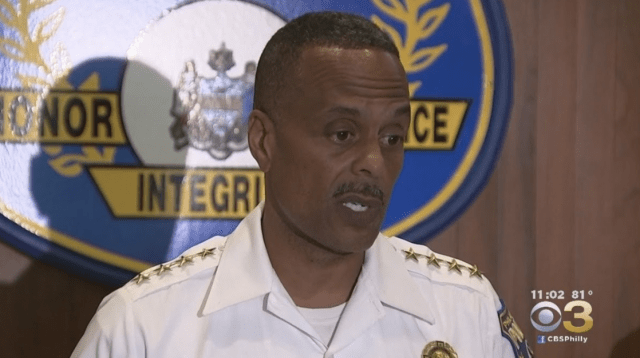 Calling himself “disappointed,” Kenney, in a statement, said Ross has been “a terrific asset to the Police Department and the City as a whole.”

“New allegations of sexual harassment as well as gender and racial discrimination among the rank and file have recently been brought to my attention,” Kenney added. “While those allegations do not accuse Commissioner Ross of harassment, I do ultimately believe his resignation is in the best interest of the Department.”

Moreover, Kenney said the city recently had implemented a new sexual harassment prevention policy and other reforms. Nevertheless, the mayor suggested that something had gone off course.

“I do not believe the Police Department has taken the necessary actions to address the underlying cultural issues that too often negatively impact women—especially women of color,” Kenney said.

The move appears to stem from complaints to the Equal Employment Opportunity Commission and a subsequent lawsuit by two female officers, Cpl. Audra McCowan and Patrol Officer Jennifer Allen. The women alleged they were subjected to “continuous and on-going” sexual harassment and discrimination from within the department, reported  The Philadelphia Inquirer.

Ross joined the department as a patrolman in 1989 and worked his way up through the Homicide Unit and Internal Affairs. He was named a deputy commissioner in 2005 and was appointed Police Commissioner in 2016.

What a difference a week makes. The Inquirer reported:

“The resignation came less than a week after Ross helped negotiate the surrender of a gunman accused of shooting six city cops during a 7½-hour standoff last Wednesday in Tioga. At a news conference days later, Kenney said Ross was the best police commissioner in the nation.”