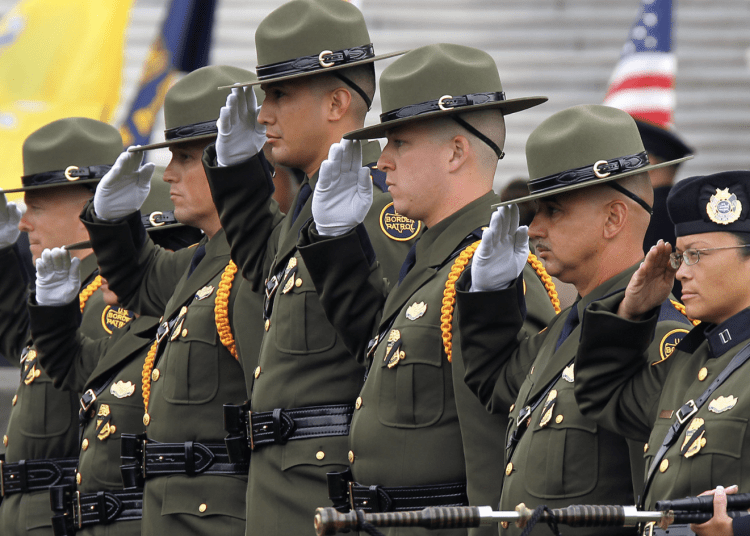 The data from a variety of sources indicate that those coming into contact with law enforcement (rather than a general public opinion poll) rate the interactions highly. This is somewhat astounding considering that many police encounters are not positive experiences yet the great majority of respondents rate the interactions as positive, respectful, and fair.

The data below was collected as nationwide protests took place after the killing of George Floyd in Minneapolis. They are based on a June 23-July 6 Gallup survey. The data was released on July 30, 2020, and was offered via my Gallup email feed on September 10, 2020.

Number Of Interactions With Law Enforcement

Per Gallup, “Less than half of White Americans (44%) and Black Americans (42%), and about half of Hispanic Americans (49%), say they have interacted with police in the past 12 months. The majority in each of these groups report that the interactions were generally positive.”

For those of us who look at polling data, the numbers expressed above as to a positive experience, respect and fairness are quite high. Yes, there are differences between White, Black, and Hispanic Americans, but look at polls on any subject, especially those with highly emotional content, and you typically find lower approval ratings regardless of the institution.

Per the data below, there are considerable differences in White and Black levels of confidence in the police, yet the majority (or the great majority) of Black adults rate their interactions with law enforcement highly (chart above).

The two Gallup polls below were offered on August 12 while Gallup data above was offered on July 30 with the headline, “For Black Americans, 41% of Police Encounters Not Positive.” It appeared in my Gallup email feed on September 10, 2020.

You can present data to fit a preconceived point of view but the Gallup data offered above matches previous numbers provided by the US Department of Justice stating “An estimated 40 million U.S. residents age 16 or older, or about 17 percent of the population, had a face-to-face contact with a police officer in one year. Among people who had face-to-face contacts, about nine out of 10 residents felt the police were respectful or acted properly,” Bureau of Justice Statistics.

There is no doubt that law enforcement and the Black community have issues that need to be addressed. A dedication to equal treatment and a service orientation needs vast improvement.

But the data from a variety of sources indicate that those coming into contact with law enforcement (rather than a general public opinion poll) rate the interactions highly.  This is somewhat astounding considering that many police encounters are not positive experiences yet the great majority of respondents rate the interactions as positive, respectful, and fair (similar to previous research).

For an organization that had been demonized by endless negative media (some of it deserved) the results above are both unexpected and somewhat surprising.

Please note that 71 law enforcement officers died in the World Trade Center attacks. As of September 28, 2008, a total of over 33,000 police officers, firefighters, responders, and community members have been treated for injuries and sickness related to the 9/11 attacks, Wikipedia. Public opinion of law enforcement was at a very high level afterward.

With the current unrest facing American cities and the countless injuries of police officers, and well over a hundred police officers dying from COVID-19, it’s possible that public opinion could be shifting.

As to a great deal of confidence, law enforcement did better than the medical system, public schools, the Supreme Court, the presidency, banks, unions, tech companies, newspapers, the justice system, big business, television news, and Congress. Policing came within two points of organized religion. Only small businesses and the military were significantly higher. The findings are similar for the “quite a bit” category with only the medical system, the military, and small business exceeding law enforcement.

Of the 16 institutions rated this year, Gallup has tracked 14 annually since 1993. Americans’ average confidence in these 14 overall edged up slightly this year compared with the prior two years, from 33% to 36%. Yet, it remains below the 43% highs recorded in 2001-2004, Gallup.

Fifty-six percent of White adults and 19% of Black adults say they have “a great deal” or “quite a lot” of confidence in the police. This 37-percentage-point racial gap is the largest found for any of 16 major U.S. institutions rated in Gallup’s annual Confidence in Institutions poll.

By contrast, Black and White respondents express similar levels of confidence in half of the institutions rated, showing gaps of five points or less.

Per the Bureau of Justice Statistics study, police used or threatened to use force in less than two percent of contacts.

Even in fragile communities (i.e., high unemployment), a study finds that 74% of fragile-community residents vs. 87% of Americans overall think people like themselves are treated “very fairly” or “fairly” by their local police. The results vary by racial group: Black (65%) and Hispanic (72%) residents of fragile communities are considerably less likely than white residents (87%) to say people like themselves are treated fairly by police, Gallup.

“Grassroots activists and younger Democrats who have spoken with BuzzFeed News this week say they’ve been disappointed in party leaders — including Biden, Sen. Bernie Sanders, and Black Congressional leaders including Rep. Jim Clyburn and CBC Chair Karen Bass — as they’ve watched them swiftly turn away from those conversations, emphatically rejecting the idea of defunding police as they face immediate attacks from Republicans,” BuzFeed.

The nation’s black mayors have devised a Peace Pact for Community Centered Policing, the Washington Post reports. The plan by the African American Mayors Association does not favor defunding the police.

From The Crime Report: A majority of Americans support Black Lives Matter and a record 69 percent say black people and other minorities are not treated as equal to white people in the criminal justice system. The public opposes calls to shift some police funding to social services, a Washington Post-ABC News poll finds. The findings underscore the mixed fallout after the killing of George Floyd. There is increased public scrutiny of police treatment of Blacks, but less unity on broader questions. Stark divisions exist between different racial groups and among varied political identities.

Confidence in police appears shaken after a wave of national protests. Compared with 2014, fewer Americans say they are confident that police are adequately trained to avoid using excessive force. More people say recent police killings of Black people are “a sign of broader problems” in police conduct.

Via media reports, it’s well documented that police officers are leaving the job; family members are insisting that they get out, and get out now. Recruitment is down 63 percent. Retention is becoming difficult. Are we now Running Out Of Cops?

Due to intense criticism, cops are holding back (not being proactive) in a multitude of cities and violence is increasing, Arrests And Increasing Violence. Police officers are calling in sick in Atlanta and cities throughout the country. A DC police union survey says 71 percent of those polled are considering leaving, FOX DC.