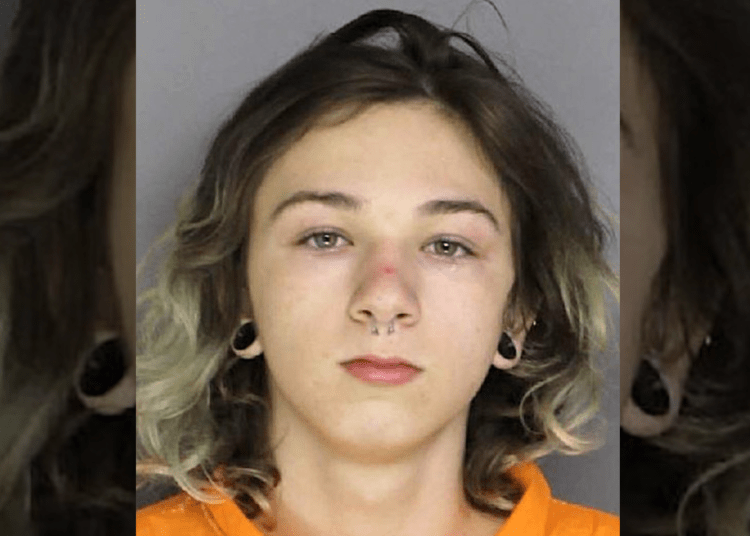 BENSALEM, Pa. – A Pennsylvania teen is charged with criminal homicide after reportedly confessing to killing someone and showing the victim’s dead body to another teen he reached via Instagram video chat, Law&Crime reported.

The Bensalem Police Department received a 911 call at 4:11 p.m. on Friday about a “possible homicide.” Their investigation led to the discovery of a dead 13-year-old female from a gunshot wound to the chest and the subsequent arrest of the accused killer, identified as 16-year-old Joshua Cooper, according to a press release issued by the department. Authorities provided the following overview:

“On Friday, November 25, 2022 at 4:11 pm, Bensalem Police received a 9-1-1 call about a possible homicide.  The caller stated that her daughter received an Instagram video chat from a 16-year-old acquaintance.  During the video chat, the 16-year-old stated that he had just killed someone.  He then flipped the video image and showed the legs and feet of someone covered in blood.  He then asked for assistance with disposal of the body.

“Bensalem Police were advised that the 16-year-old, later identified as Joshua Cooper, lived in Top of the Ridge Trailer Park located at 1446 Gibson Road, Bensalem PA.  Police went to check the property and as they arrived, a juvenile male ran out of the back of the trailer.   When officers entered the mobile home, they observed a deceased juvenile female on the floor of the bathroom with an apparent gunshot wound.  There were also indications that substantial steps were taken to clean up the crime scene.

“Other responding officers conducted a search for the juvenile and a short time later, he was stopped in the area of Newport Mews Drive and Groton Drive, taken into custody and identified as Joshua Cooper.

“Joshua Cooper was charged as an adult with the following crimes:  Criminal Homicide, Possessing Instruments of Crime and Tampering with or Fabricating Physical Evidence.  He was arraigned by District Justice Wertman, denied bail and sent to the Edison Juvenile Detention Center.”

The name of the victim has not been released.  However, citing court documents, the Bucks County Courier Times reported Friday that the victim was a 13-year-old girl. Police told the news outlet that the victim is not a Bensalem resident and is not related to Cooper.

Bensalem Director of Public Safety William McVey told the Courier Times that the victim was shot once in the chest and the motive remains unclear.

“The gun was found inside the mobile home, and police are investigating who owned the weapon and how Cooper had access to it,” the newspaper noted.

Law&Crime later reported that Cooper retrieved the firearm from his father’s safe.

A probable cause affidavit obtained from local court files by the Courier Times contained additional information regarding police discussions with the defendant.

“It was an accident,” Cooper reportedly told police, according to the newspaper’s account of the document.

Cooper also allegedly apologized to the police and said he would be “going to jail for the rest of [his] life.”

Investigators said the teen admitted to obtaining the firearm from his father’s safe and commented that his “dad is going to kill [him].”

Bensalem is in extreme eastern Pennsylvania between Philadelphia and Trenton, New Jersey.