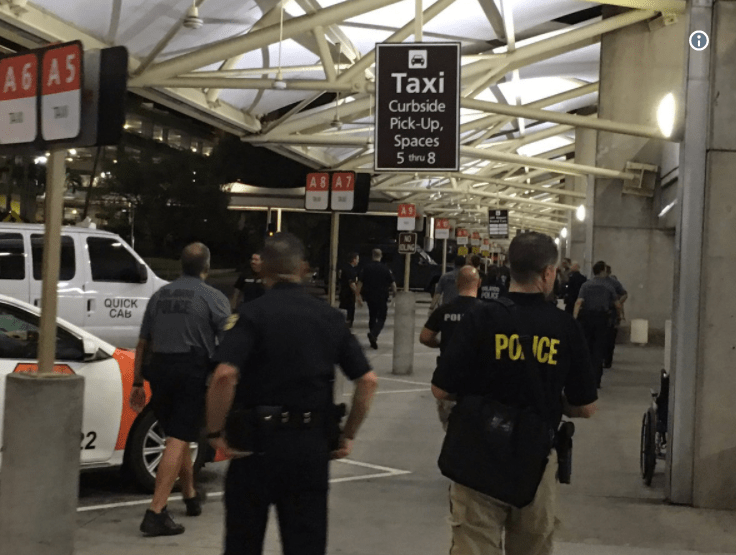 Police  responded to the Orlando International Airport Tuesday night in response to an armed man. He was eventually taken into custody at one of the airport’s rental car lots.

“Gunman in custody,” tweeted Orlando Police at 10:08 p.m. “Everyone is safe. We will brief ASAP at media briefing location.”

Then at 9:04 p.m., Orlando Police tweeted, “There is no active shooter. No shots fired. Suspect is contained. Will post updates as we receive them.”

At 9:27 p.m., Orlando Police tweeted that the “Armed suspect is contained but not in custody. Suspect is speaking with a crisis negotiator.”

Share and speak up for justice, law & order...
Tags: Newsorlando