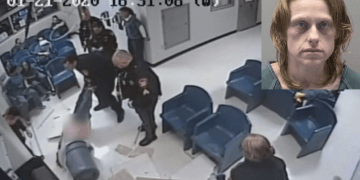 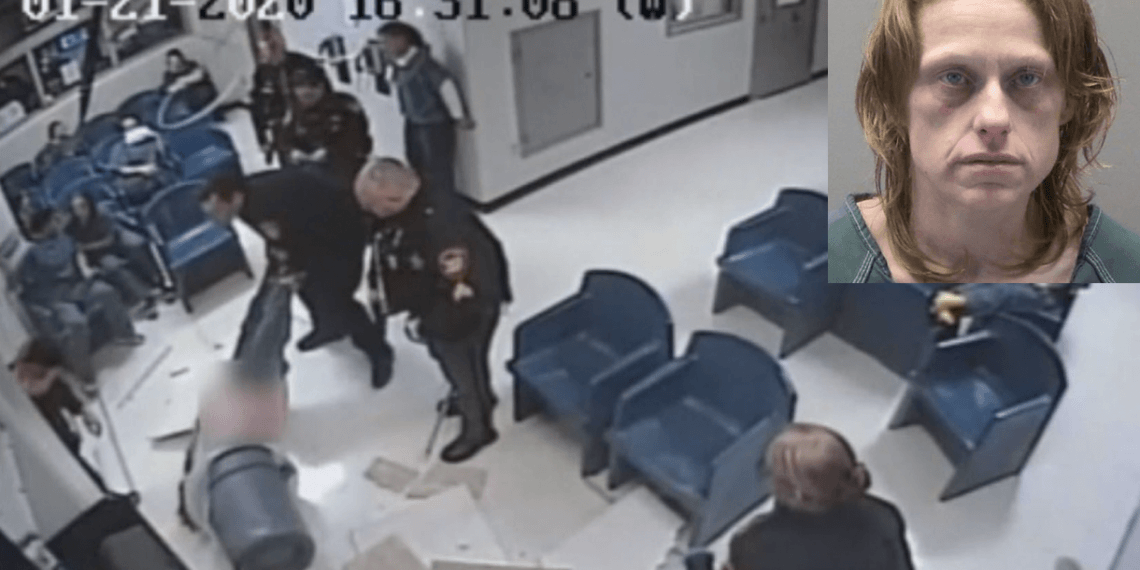 MONTGOMERY COUNTY, Ohio – An Ohio inmate’s bold jailbreak attempt last month was caught on video, with the recording showing her falling through the ceiling of a holding room and landing headfirst in a trash can surrounded by jail deputies.

Jessica Boomershine, 42, was at the Montgomery County Jail facility in Dayton on Jan. 21 when she hatched the plan. The task required dragging a chair across the floor of the holding room as she then tried to climb through the tiled ceiling, Fox News reported.

Surveillance video released by the county sheriff’s office shows Boomershine disappearing into the ceiling as other inmates appear to cheer her on. However, it’s not long before things change when ceiling tiles fall to the floor and her legs reappear.

Quickly, one jail deputy grabs Boomershine’s legs and pulls her down. She crashes headfirst into a trash can that proceeds to overturn.

Consequently, Boomershine was charged with escape and vandalism, according to county jail records.

Jessica Boomershiner was charged with additional counts of escape and vandalism in the attempted jailbreak. (Montgomery County Jail)

Boomershine was in jail on charges of kidnapping and robbing an 85-year-old Dayton-area man last month, according to jail records. She and a co-defendant broke into the man’s home after meeting him at a casino, prosecutor Mat Heck disclosed, Fox News reported.

While committing the crime, the pair took the man’s gun, forced him to provide the code to his bank card, withdrew money from his account, placed him in the trunk of his car and then abandoned the vehicle near a trash facility, the prosecutor’s office said. The man escaped and was later found inside the trash facility.