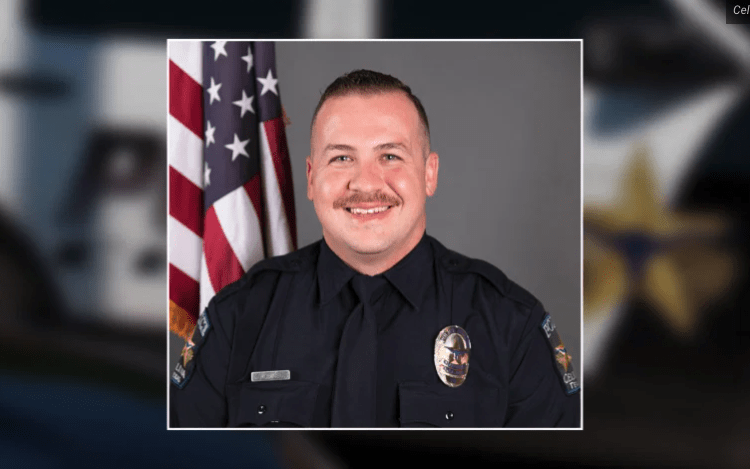 Celina Police Det. K.C. Robinson and his 6-year-old daughter, Brynlee, were stopped at end of a line of cars, all waiting for students to get off of a school bus, when a garbage truck reached the top of a hill and slammed into the back of Robinson’s car, according to the Texas Department of Public Safety. The impact set off the chain reaction crash with the other vehicles.

The collision occurred on Texas Highway 56 near Southmayd, NBC 5 reported.

Several other people were hurt in the crash and taken to nearby hospitals for treatment. None of the students on the school bus were injured, DPS said.

Robinson, 33, served the Celina Police Department for more than 3 years.

“Every heart in this tight-knit community breaks tonight as we learn of the loss of Detective KC Robinson and his daughter, Brynlee,” Celina Mayor Sean Terry said. “Detective Robinson served our city as passionately as he loved his family, and we will deeply miss his presence on our streets and in our lives.”

“We are shocked and saddened to learn that Detective Robinson and his daughter have died in this tragic accident. Our hearts and prayers are with the Robinson family and our Celina police family, as this entire community grapples with this horrific news,” Celina City Manager Jason Laumer said.