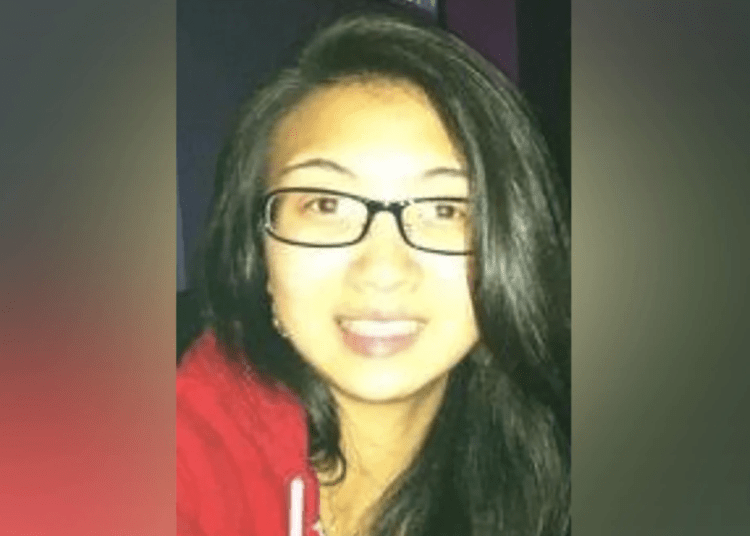 Yvonne Wu, 31, is accused of shooting her ex-girlfriend and another woman. (Image via New York Post)

NEW YORK — An off-duty NYPD police officer shot her ex-girlfriend and killed the woman’s new lover after finding the pair together at a Brooklyn home on Wednesday night. She opened fire on the couple at the ex-girlfriend’s house on 19th Avenue near 79th Street in Bensonhurst at about 5 p.m., according to law enforcement officials.

The off-duty officer accused of the crimes was identified as 31-year-old Yvonne Wu. She is a five-year veteran of the department, the New York Post reported.

Afterward, the scorned woman calmly waited outside the home while responding officers arrived.

Inside the residence, police found Wu’s ex-girlfriend’s new 24-year-old lover, Jamie Liang, sprawled out on the living room floor with at least one gunshot wound to her chest, Assistant Chief Michael Kemper said during a Wednesday night press briefing.

The ex-girlfriend, 23, was found lying on a bedroom floor with a bullet wound to her torso.

Both women were taken to Maimonides Medical Center. Liang did not survive the shooting, police said.

Wu’s former girlfriend was listed in serious but stable condition, according to authorities.

Wu told responding officers, in a very “calm and collected” manner, that she shot “someone” inside the house, Kemper said during the press conference, the Post reported.

“This horrific incident is being treated as a homicide case,” Kemper said.

Wu was in police custody Wednesday night at a local hospital, where she was being evaluated.

“She didn’t say anything,” said neighbor Rocco Perna, 44. “She was so quiet. No emotions, nothing. She was handcuffed and they put her in the car, that was it. She didn’t fight back or nothing. Didn’t say a word.”

Detectives working the case believe Wu was already inside the residence prior to the victims arrival, Kemper said. It wasn’t immediately clear how she entered the home.

According to a high-ranking police source, a dramatic 911 call was made from the residence.

During the call, a woman can be heard saying, “I told you not to mess with me!” the source said.

Another woman can be heard saying: “No please! No please!” Then four “bangs” can be heard on the audio, according to the source, the Post reported.

A firearm was recovered from the scene. It was not clear if it was Wu’s duty weapon.

Wu and her ex dated for two years. The relationship terminated three weeks ago, according to another high-ranking police source.

Wu was assigned at the 72nd Precinct. She was described as a decorated police officer who began her career in the explorer program.

“This is out of left field,” one source said.

Wu worked the overnight shift and was due back to work at midnight, Kemper said.