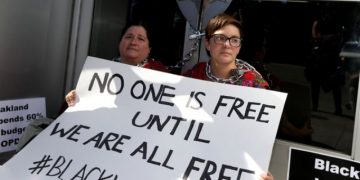 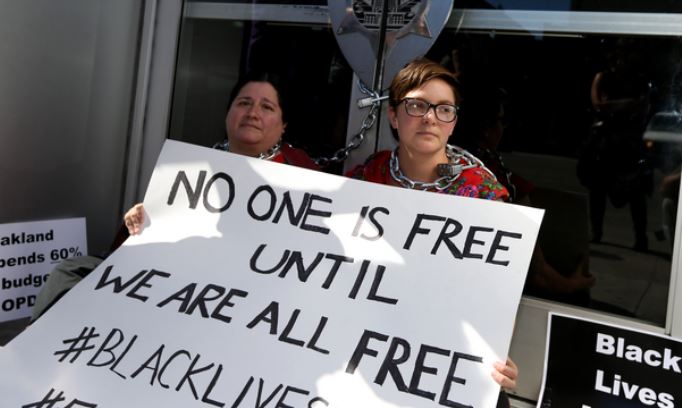 A recent failed experiment with the Oakland Police Department is a prime example of what happens when politics, social justice warriors and civilians without any knowledge of law enforcement think they know more than the men and women behind the badge that have pledged to keep their communities safe.

It is a tired and ridiculous pattern that I chronicled throughout my book, “The Courageous Police Leader: A Survival Guide for Combating Cowards, Chaos and Lies” but sadly it is a phenomenon that will never go away until police leaders begin to lead with courage rather than manage the expectations of silly people with crazy biases against law enforcement.

The latest example of the clowns running the circus is in Oakland where just last year was named one of the most dangerous cities in America.

According to the Eastbay Times, two weeks ago the Oakland Police Department implemented a new policy for reporting use of force by officers.

The new policy, forced by the civilian police commission that has so much power, they recently fired the police chief for failing to show special favor to a board member, requires officers to review body camera footage and write a report for any use of force incident within the same shift that it occurred. That task, which required the documentation of every single time force was used, including touching a suspect that was passively resisting or even pulling a gun out of a holster, took officers off the street for over two hours.

What else would anyone expect with a civilian review board, which was implemented in 2016 after the city council took it to a vote of the people, and have no knowledge about law enforcement?

What it means is adding two hours to just about any arrest made. Combined with booking time and arrest reports, that essentially means one arrest would end the shift of any Oakland Police Officer.

And that is exactly what happened.

Since February 15th, the backlog in 911 emergency calls for service have consistently been between 100 and 170 with response times increasing 150%, forcing City Administrator Sabrina Landreth to plea with the city council and civilian commission to reverse the policy.

I say appeal because make no mistake. Departments that rely on politicians and civilian oversight boards are not running their own department. If you don;t believe me, ask former Oakland Chief Anne Kirkpatrick who not only could not run her agency but was fired in trying to do so.

I’ve been saying it for years and this newest trend in law enforcement not only hurts good men and women trying to make their jobs safer but it creates higher danger for the citizens they are serving.

Those pending calls in Oakland included robberies, rapes, assaults, shootings and a wide variety of other violent crimes and that is in the wake of the city being named one of the most violent in the country.

You are doing your job and it is placing the lives of police officers and the public in grave danger.

So now, after a federal monitor weighed in (another civilian), the policy has been changed….only for lower use of force incidents.

Oakland Police Officers will still be reporting that force but they will now do it like any other sane agency would do it….in a supplemental report.

And before you so called social justice cowards get upset and you surely will because that is what you do….you spend every waking second looking for something or someone to hate, let me give you an example of your success.

Oakland resident Helena Wong told police commissioners on Thursday that she was concerned about the amount of paperwork preventing police from patrol duties.

“There are calls and calls and calls that are being lined up. I know of someone who was robbed, her boyfriend was trying to protect her,” Wong said, saying that the man had called police but they were unable to respond.

So there you have it. Law enforcement is the most professional, most educated and most trained it has ever been. Men and women go through extensive background checks, psychological testing and extensive training to protect their communities and at the end of the day, individuals that likely couldn’t come close to passing those rigorous standards are making the decisions and those decisions are making the job more dangerous and communities much more dangerous.

The plan is working and as I warned in my book. If we aren’t careful, our country will let the cowards and the liars create chaos and that chaos is currently residing in a city near you.

Candace Owens organizes law and order event, says ‘minorities do not belong to the left’