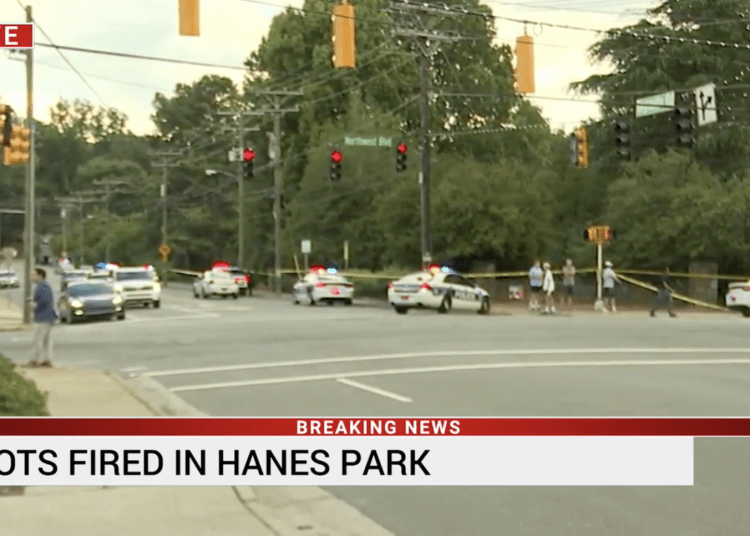 WINSTON-SALEM, N.C.  — Gunfire rang out as shots were fired into an office at the Winston-Salem Police Department on Monday afternoon. Officers scrambled and managed to capture the suspect, according to WSPD.

Shortly before 4 p.m., shots were fired into the police office on North Point Boulevard. Officers quickly responded and tracked the suspect to the area of Hanes Park. A shot was then fired by at least one officer, and the suspect is in custody, FOX 8 Greensboro reported.

Mass police presence near Hanes Park where we have reports of shots being fired. ⁦@myfox8⁩ pic.twitter.com/bdKF3Sv3P7

The park is closed as law enforcement authorities conduct the investigation.

A local reporter spoke to a motorist near the shooting. The unidentified woman said another vehicle slammed into the side of her car and kept going. During the hit-and-run collision she was able to see a gun in the hand of the driver. Shortly afterward she heard about 10 shots fired.

There were no further details released at the time of publication.