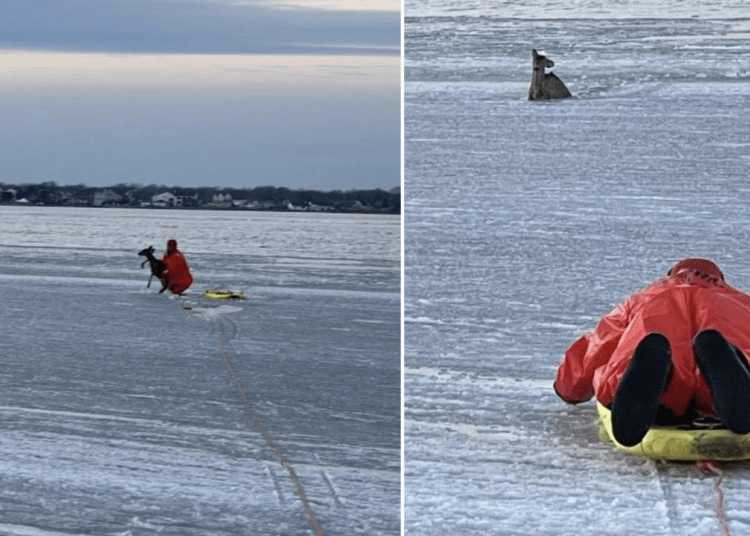 Long Island – Suffolk County Police made a daring rescue on Sunday after a baby deer feel through the ice into the frigid bay waters off Long Island. The rescue took place around 4:20 p.m. in Narrow Bay, north of an ocean barrier island in Shirley, according to the New York Post.

Suffolk County Police Officer Robert King used an ice sled to approach the animal, according to the department.

Officers Robert Daniels and Gary Quenzer tended the line on the sled as King navigated the treacherous ice, grabbed the deer out of the water and put it onto the sled, while his partners pulled it back to shore just before 5 p.m.

The heroic cops fawned over the freezing animal, wrapping it in blankets and towels and taking it to a rescue center for treatment.

Share and speak up for justice, law & order...
Continue Reading