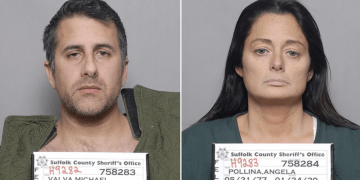 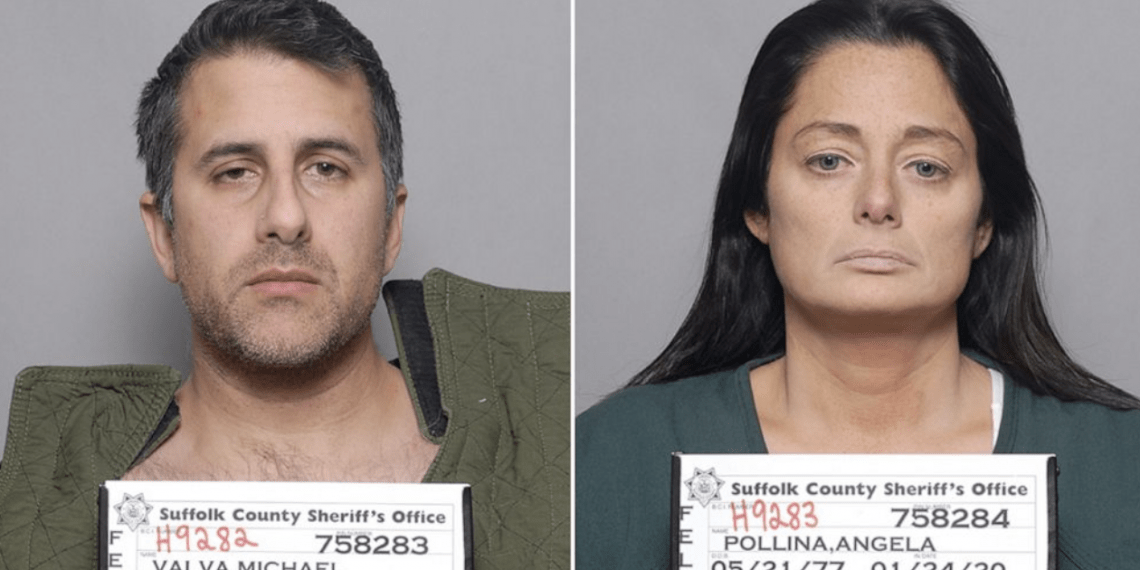 NYPD Officer Michael Valva, left, has been charged with the second-degree murder of his 8-year-old son. Angela Pollina has also been charged. (Suffolk County Correctional Facility)

Suffolk County police arrested Michael Valva, 40, and his fiancee, Angela Pollina, 42, on Friday for the second-degree murder of Thomas Valva.

Valva called the police on Jan. 17 to report that Thomas fell in the driveway of their home around 9:30 a.m. in Center Morchices, New York, while waiting for the school bus, ABC News reported.

As a result, the autistic boy was taken to Long Island Community Hospital. Upon arrival, his “body temperature was at 76 degrees,” Suffolk County Police Commissioner Geraldine Hart said during a Friday press conference.

“Thomas Valva was subjected to freezing temperatures in the homes, unheated garage, overnight when the outside temperature was 19 degrees,” said Hart.

The local community mourned the loss of life and sought awareness of child abuse.

The criminal investigation revealed that injuries to Thomas’ head and face were inconsistent with Valva’s description on the 911 call. Moreover, there was a history of reports to child protective services, according to ABC.

“Not only did they fail to render any type of meaningful aid, they lied to the police officers, they lied to the EMTs,” Suffolk County District Attorney Timothy Sini told reporters on Friday. “This is one of the worse crimes…he died right in front of their eyes.”

The medical examiner ruled the boy’s death a homicide and found that hypothermia was a major contributing factor, the Associated Press reported.

Consequently, Suffolk County Judge Edward J. Hennessey ordered both Valva and Pollina held without bail. Their case will be presented to a grand jury on Jan. 29.

Thomas’ mother, Justyna Zubko Valva, told News12 Long Island that she begged a family court judge to remove their children from her ex’s custody or they were “going to die.”

“Every time I kept telling the judge, ‘if you’re not going to remove the children, they are going to die under his care and custody,'” said Zubko Valva to the station. “There was evidence, hard evidence. Reports filed. Children were telling me too about the abuse.”

Sini said the now deceased 8-year-old boy along with his 10-year-old brother were both on the autism spectrum and were “at times forced to sleep in the garage.”

Valva joined NYPD in 2005, according to online records. He has been suspended without pay, the department said.

Each defendant in this case has an exposure of 25 years to life in prison if convicted.

The community is expected to hold a vigil for Thomas at Kalers Pond on Sunday from 5 p.m. to 6 p.m.