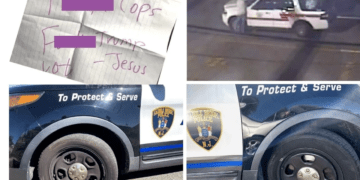 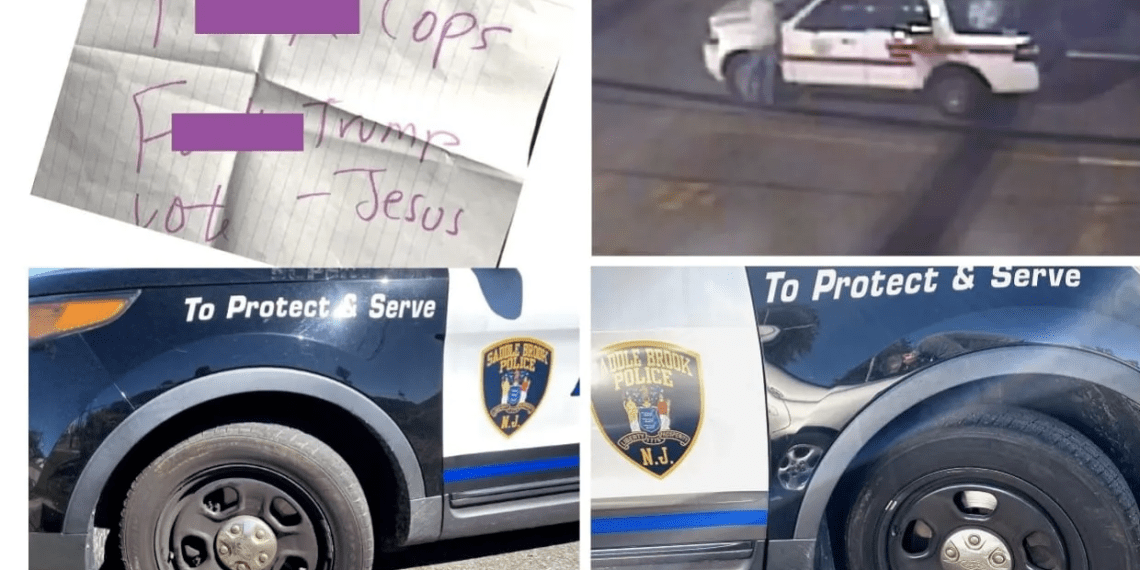 Surveillance footage captured a suspect puncturing 12 tires of police cruisers and using a tire iron to scratch “FU” on the hood of one car, according to a police statement.

Not long after, police received a call regarding a suspicious person near the department. Officers located the suspect and arrested him. He was later identified as 25-year-old Mazin Musbah, of Maywood, Fox News reported.

Police said at Musbah, at the time of his arrest, was carrying a kitchen knife and possessed notes similar to those left behind on the police units.

Saddle Brook Police Chief Robert Kugler said Musbah told officers during his arrest that “the message needed to be sent and personally wanted to deliver the message.”

Musbah was charged with criminal mischief and possession of a weapon for unlawful purposes. He was later released from custody and is scheduled to appear in Central Judicial Processing Court in Hackensack on October 2.