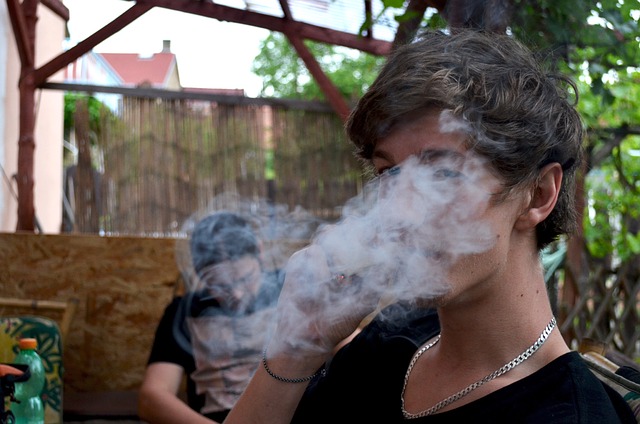 NEW JERSEY — Underage kids in New Jersey caught with weed or booze won’t have to worry about getting grounded by Mom and Dad — as a new law legalizing marijuana bars police from telling parents if their kids were caught, and apparently extends to alcohol.

Gov. Phil Murphy signed a package of bills on Feb. 22 after a three-year legislative push to pave the way for a legal marketplace for marijuana in the state, New York Post reported.

The decriminalization allows people to carry up to six ounces of pot. However, the controversial portion of the new law limits how law enforcement can interact with anyone under the now-legal age of 21 when it comes to suspicion of using marijuana.

That three-step process for dealing with anyone under 18, which prevents police from alerting parents of their kids’ marijuana arrest until their second offense, has faced criticism in recent days from a few police chiefs and lawmakers.

“To apply these new laws to a ‘real-life’ situation, if an officer observes a 12-year-old – or a juvenile of any age – consuming alcohol and/or smoking marijuana in violation of the law, that officer CANNOT contact the juvenile’s parent or guardian – unless this behavior has been previously documented,” Westfield Police Chief Christopher Battiloro wrote in a statement.

To the Residents of the Town of Westfield:

This week, our Governor signed three (3) bills into law which decriminalize…

Battiloro, a father of three, said in regard to his children, “While I trust them immensely, they are, no doubt, in the most formative – and vulnerable – years of their lives.”

“I fully believe that we parents and guardians fully deserve – and more importantly – have a right to know – when our children are involved in dangerous situations.”

“We see these laws as not only counterproductive but also as a detriment to the safety of our children,” he wrote. “Reviewing the new policy, what presents itself as most problematic is the inability to freely communicate with parents.”

The highest-ranking Republican in the New Jersey Assembly, Jon Bramnick, said last week the move was “[a]lmost impossible to believe.”

Law enforcement around the State is shocked that Governor Murphy signed a law that PROHIBITS police officers from telling parents that their children are in possession of marijuana. AND THE POLICE FACE CHARGES IF THEY TELL THE PARENTS. Almost impossible to believe.

“Law enforcement around the State is shocked that Governor Murphy signed a law that PROHIBITS police officers from telling parents that their children are in possession of marijuana. AND THE POLICE FACE CHARGES IF THEY TELL THE PARENTS,” he wrote.

The New Jersey State Association of Chiefs of Police, which has said it supported the move to decriminalize marijuana due to the disproportionate effect it had on black people in the state, also spoke out about the under-21 provisions, the Post reported.

“Under this new law, a law enforcement officer is subject to criminal prosecution if he or she even asks a minor or young adult under the age of 21 to consent to a search or otherwise conducts such a search despite reasonable suspicious activity, such as the odor of alcohol or marijuana,” the association wrote. “An honest mistake in ascertaining someone’s age, intentions or degree of impairment subjects the officer to prosecution for a crime.”