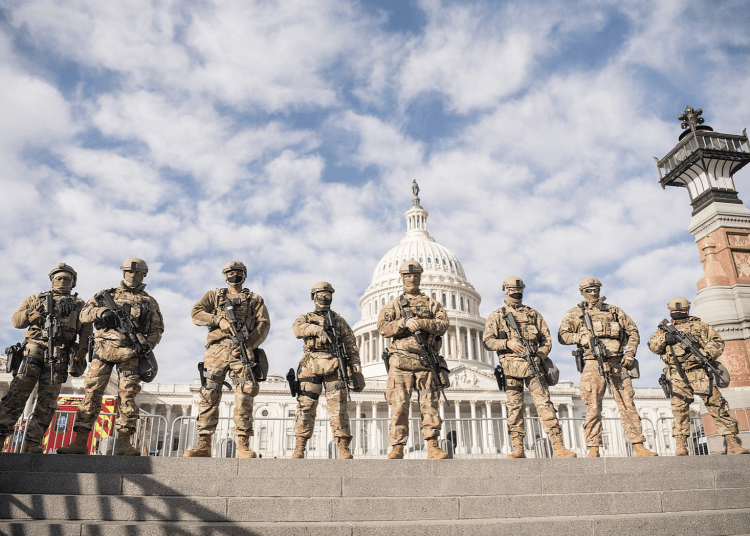 Members of the National Guard assigned security at the US Capitol. (Flickr)

WASHINGTON — The Pentagon has agreed to keep nearly 2,300 members of the National Guard at the US Capitol until at least late May — a nearly 50 percent reduction from the current force protecting the area.

“This decision was made after a thorough review of the request and after close consideration of its potential impact on readiness,” Pentagon Press Secretary John Kirby said in a Tuesday night statement announcing the move, New York Post reported.

The extension, requested by Capitol Police, lasts until May 23.

The troops were set to go home on March 12.

Last week Congressman Pat Fallon, who represents the Fourth District of Texas, mocked the left after Washington D.C. was paralyzed due to the alleged QAnon threat, Law Officer reported.

Fallon feigned fear as he walked empty halls of the U.S. Capitol and surrounding grounds looking for signs of a threat, all the while seeing no one but National Guard soldiers.