Mounted deputy dies after being thrown from horse

Deputy Nichole Shuff was fondly remembered for her 'kindness, compassion, and love of horses.' 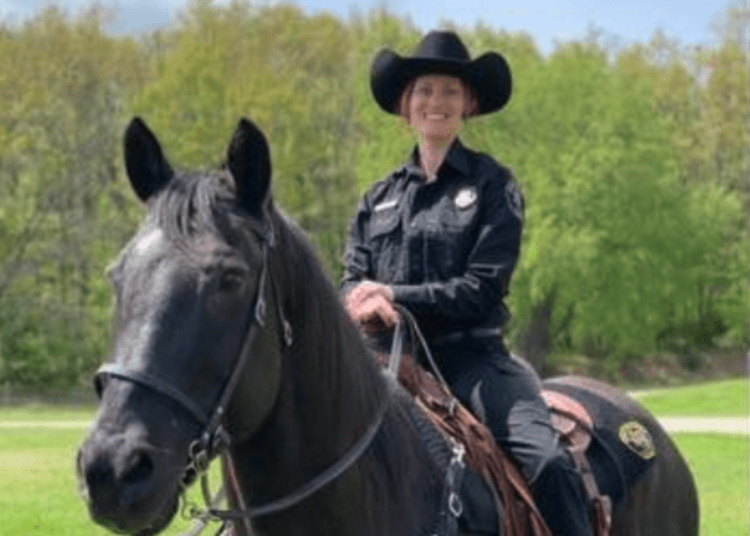 CLARE COUNTY, Mich. – A volunteer mounted deputy in Michigan died last week after suffering injuries when she was thrown from her horse, according to authorities.

Deputy Nichole Shuff of the Clare County Sheriff’s Department in Michigan passed away last Wednesday after sustaining a serious head injury in June, according to the Clinton County Sheriff’s Office.

At 8:15 p.m. on June 25, Deputy Shuff was on patrol and responding to a medical aid call when she was involved in an accident, the Sheriff’s Office said, WWMT reported.

“The family and Sheriff’s Office thanks everyone for their continued support,” the agency said in a press release.

The MPD Mounted Patrol Foundation said Shuff was “thrown from her horse” during the “medical emergency.” They offered the following details on Facebook:

“Our thoughts and prayers are with the Clare County Mounted Division who lost an amazing volunteer Deputy.

“Deputy Nichole Shuff stopped to help someone having a medical emergency at the Clare County Fair when an incident occurred causing her to be thrown from her horse.

“Nichole was not only a community helper as a Deputy but a Physician Assistant. She was known for her kindness, compassion, and love of horses. Two of our own officers were very lucky to have known her and trained with her just a few short months ago.

“Our thoughts are with her husband, family, friends, co-workers, and department.

“Thank you Nichole for your service to your community. Rest Easy.”

Clare County Sheriff John Wilson said it was important to note that Shuff wished to donate organs upon her death, so she was maintained on life support until that occurred, WWMT reported.