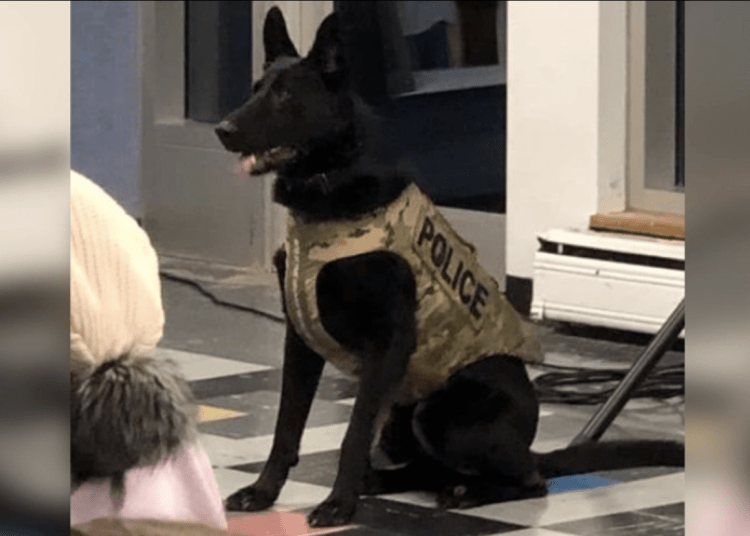 MINNEAPOLIS — A Minnesota police K9 was shot and an armed carjacking suspect is dead after a police chase that stretched 40 miles Sunday afternoon ended in gunfire in Isanti County.

Blaine police say officers first responded to a report of a shoplifting at a Kohl’s just before 1 p.m. Officers soon located the suspects in a stolen car. They drove off, then carjacked the driver of a pick-up truck at gunpoint and fled north on Highway 65, CBS Minneapolis reported.

Blaine Police Chief Brian Podany says his officers pursued the suspects for almost 40 minutes, until the chase ended on the highway north of Braham.

“Given the severity of the crime, obviously we did engage in a pursuit with the vehicle,” Podany said.

The suspects fled the vehicle on foot after it became disabled, and then gunfire erupted. One of the suspects was shot and killed, while Anoka police K9 Bravo was wounded during the shooting.

The police service dog is being treated at the University of Minnesota Veterinary Medical Center. Although the extent of the PSD’s injuries were not provided, K9 Bravo is expected to survive. The other suspect wasn’t hurt, and was taken into custody, CBS reported.

Podany says one of his officers was injured at some point before the chase began. That officer was taken to the hospital with minor injuries and is expected to recover. He also says at least one gun was recovered at the scene.

Bravo received a donated bullet- and stab-protective vest in 2019. It’s not clear if he was wearing it when he was shot.

The Minnesota Bureau of Criminal Apprehension says it is leading the investigation, which is standard procedure in an officer-involved shooting.