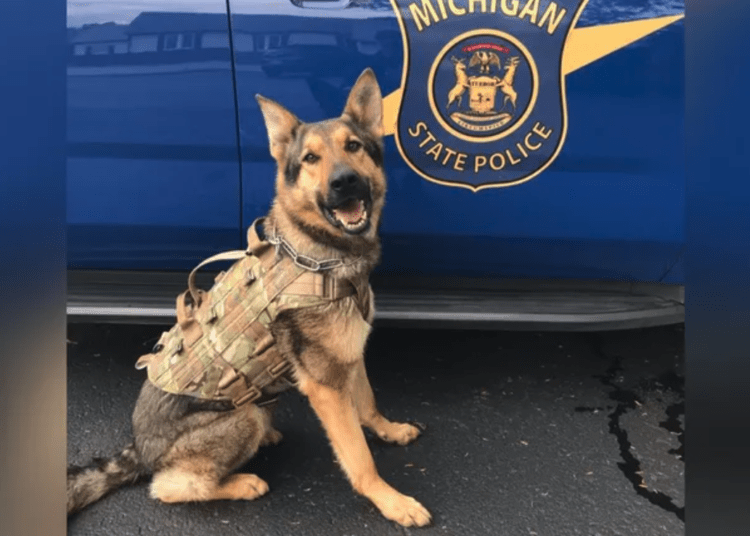 CHARLEVOIX COUNTY, Mich. – A Michigan State Police K9 unit tracked a suspect for nearly four miles before officers located the man and made the arrest.

A trooper stopped a Dodge pickup truck early Tuesday evening in East Jordan, which is south of Lake Charlevoix in Michigan’s lower peninsula. The reason for the traffic stop was simply lack of registration.

As the trooper approached the truck, the driver sped away. The trooper did not engage in a vehicle pursuit, but simply drove in the direction the truck fled, FOX 2 Detroit reported.

The trooper also alerted dispatch and nearby units to be on alert for a Dodge Dakota shortly after 6 p.m.

Before long, the truck was located, but abandoned behind a home on Rogers Road.

The residents told MSP they did not know who owned the vehicle. Hence, troopers established a perimeter and a K9 team was deployed to assist with a search.

K9 Chief and his handler tracked the individual for about four miles to a utility trailer on Fair Road. They located the suspect Inside. His name was not provided, but they said he is a 30-year-old man from Charlevoix. He also had a key to the truck in his possession, FOX 2 reported.

Police booked the suspect at the Charlevoix County Jail on charges related to fleeing police. He also has an outstanding warrant for failure to pay child support.