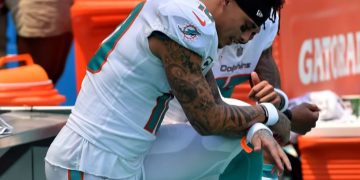 by Travis Yates
in Editorial, Exclusive
628 6
0 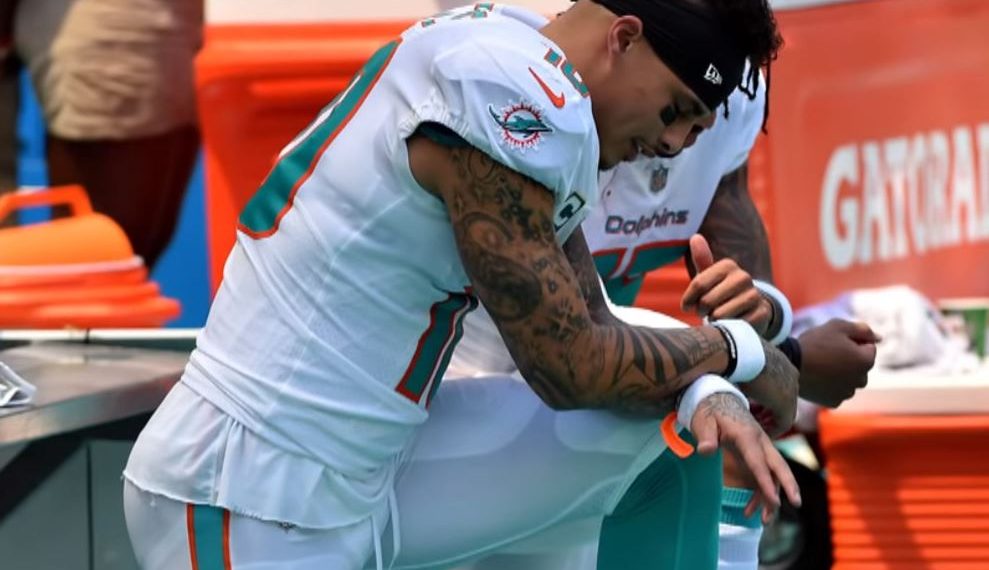 This Sunday’s Super Bowl takes place in Miami and while there are around a million different stories that could be written about the week before the big game, leave it up to the media to pull the racism card.

The USA Today analyzed the arrests of NFL Players and proclaimed Miami as the winner when it comes to throwing the kneelers in jail.

While the story is interesting and literally told us what we’ve known for years….the NFL has a criminal problem….it only took a few paragraphs for the story to turn to race.

In a league that boasts 70% African Americans and a city that has arrested 93% of NFL Players that were black, it has to be racism correct; there could be no other explanation?

After all, the thousands of NFL Players that have played in Miami over the years and not been stopped by law enforcement or arrested doesn’t mean a thing. It must be the arrest of these 56 players that makes it the  unadulterated truth that racism is alive and well in law enforcement.

No, that would have nothing to do with it.

In fact, of every Miami Dolphin player arrested, according to the same media outlet that published this nonsense, there is a common trend and none of them have to do with race.

Odd isn’t it? I guess Miami police simply ignore those laws whenever a white person does it? That is what the media would want you to believe.

It’s a tired, weak and frankly lazy story but it is one that some believe….like people that believe the earth is flat.

But wait, the USA Today told their readers some facts that nailed the coffin into the Miami Police Department.

After all, this must be racism from law enforcement because “even though blacks make up 18% of the county’s population, they account for 38% of arrests.”

Yes, that must be it! What was I thinking?

Because crime, like everything else in this world is like Disneyland.  Everything is right, there are no issues and everyone lives in the happiest place on earth while standing in line for hours.

I’m sure the media would agree that crime victims fall right along the United States Census. Regardless of the city, poverty, education, citizens are victimized at the same exact rate as every other race or ethnicity. And because we know from about ten thousand studies that crime is typically committed inter-racially (within the same race for the firefighters reading this), then the arrests would also fall right at the census percentage.

After all, according to this news outlet, that is proof positive that the Miami Police are racists…..blacks only make up 18% of the population but are arrested at twice that rate.

Excuse me if I’m skeptical and frankly, any news organization or anyone for that matter that continues this silly argument must think that those reading it are stupid.

As I discussed in my book, “The Courageous Police Leader: A Survival Guide for Combating Cowards, Chaos & Lies,” if affirmative action applied to crime (and it clearly doesn’t), then it should apply to criminals and not the cops.

After all, what is law enforcement expected to do? When the rape suspects cross the census threshold in Miami, they should stop investigating them with the fear that arrests may go higher than the population demographics?

If that sounds ridiculous, then that is exactly what the media wants you to believe when this tired argument continues to be made.

For instance, a study looking at violent crime in Miami-Dade County showed that African Americans were the victims of homicide six times greater than whites.

In fact, Miami Gardens, the northern most county, is one of the most violent areas in the country and accounts for the vast majority of the violent crime in Miami-Dade County so it’s safe to say that more arrests are made in this area because of the vast amount of violence occurring.

After all, can you imagine the outrage if any police department, including Miami PD, ignored violent crime because the so called “Census Quota” was met?

So what is the racial component in Miami Gardens?

Well that’s weird? I thought crime, criminals, victims and arrests were supposed to be along the United States Census in a city?

So, what should the demographics in arrests be in Miami? Should they be along the census or should they reflect the very criminals that are committing the crime?

Unless you are the media trying to stoke up emotion, you know that answer.

Don’t get me wrong, It is sickening that any race is more likely to be victimized and therefore arrested but a more appropriate question should be what can law enforcement and society do about that?

Should we do what is being done in Miami? Call the cops racist and place them under a Consent Decree?

Well, what won’t work is blaming the very ones, law enforcement, for that happening and start laying the blame and the punishment on those that are directly responsible for that horrible statistic….the criminals.

And until the media, politicians and the activists start with honesty, the hyper-victimization in our cities, including Miami, will never be solved and it is the citizens, that deserve to live in peace and safety that are the ones that suffer.