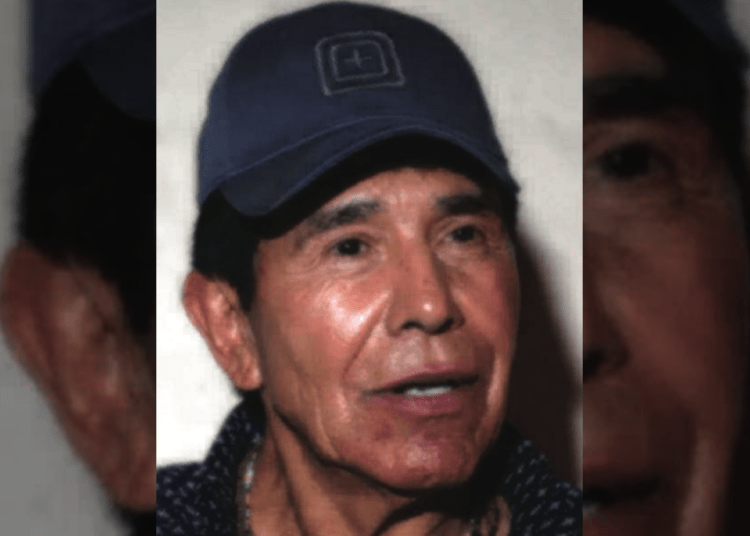 Infamous drug lord Rafael Caro-Quintero has been nabbed by Mexican forces nearly a decade after walking out of prison and returning to major narcotic trafficking.

Caro-Quintero served 28 years of a 40-year sentence for his involvement in the 1985 kidnapping and murder of  U.S. DEA Special Agent Enrique “Kiki” Camarena. The drug lord walked out of prison in 2013.

Mexican President Andrés Manuel López Obrador has often said he is not interested in detaining drug lords as a manner of avoiding violence, according to Fox.

Caro-Quintero blamed Camarena for a raid on a marijuana plantation in 1984. He reportedly ordered the agent’s kidnapping the following year. Camarena’s body was found a month later with evidence of torture and abuse. His murder reverberated throughout the law enforcement community. 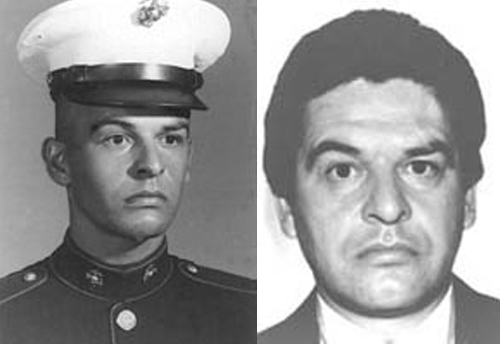 The infamous drug lord was the former leader of the Guadalajara cartel. According to the DEA, he has returned to drug trafficking and ordered bloody attacks in the northern Mexico border state of Sonora.

The FBI added Caro-Quintero to the Top 10 Most Wanted list in 2018. They also offered a reward of up to $20 million for information leading to his capture and/or conviction.

The FBI issued a caution on their wanted flier, saying, “Rafael Caro-Quintero is wanted for his alleged involvement in the kidnapping and murder of a Drug Enforcement Administration Special Agent in 1985, in Mexico. Additionally, Caro-Quintero allegedly holds an active key leadership position directing the activities of the Sinaloa Cartel and the Caro-Quintero Drug Trafficking Organization within the region of Badiraguato, Sinaloa, Mexico.”

According to the FBI, Caro-Quintero was wanted for the following crimes: 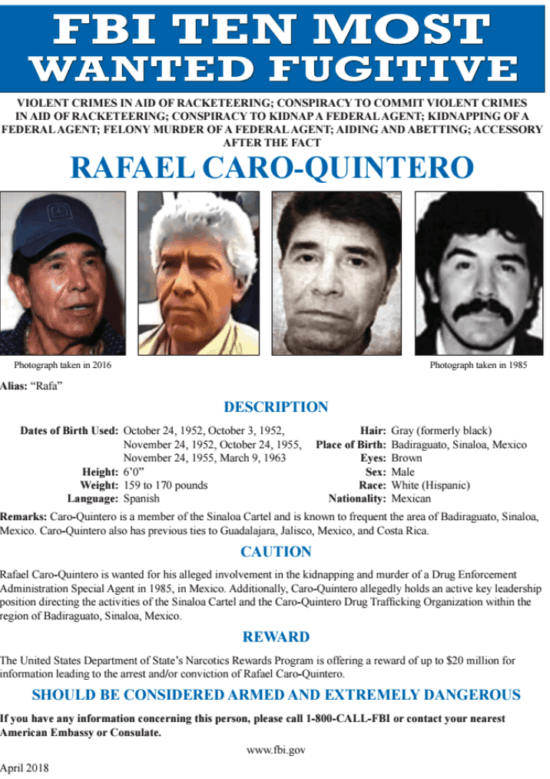 Although an appeals court overturned Caro-Quintero’s verdict, the Supreme Court upheld the sentence but Caro-Quintero vanished before the ruling could be applied, Fox News reported.

Every year in October, many schools and community organizations participate in Red Ribbon Week. It was created in memory of the murdered DEA agent. Officers decided to wear Red Ribbons in honor and remembrance of Camarena and soon the tradition grew into a national campaign.