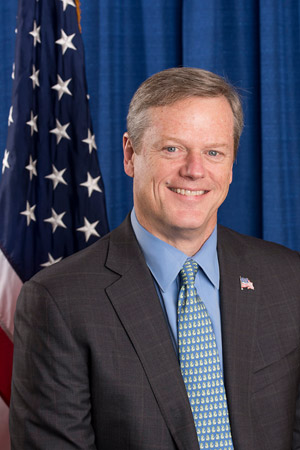 Following the May 22nd fatal shooting of an Auburn police officer, Governor Charlie Baker says he may file legislation that would impose the death penalty on those convicted of killing police.

“I think we should at the start of next session, absolutely, and have that debate,” Baker told “Keller at Large” host Jon Keller, who asked Baker in a televised interview on Sunday if he would file a bill.

The death penalty was outlawed by the Supreme Judicial Court three decades ago, and efforts to reinstate it since then have failed, with opponents pointing to cases where incarcerated individuals were found to have been wrongly convicted of crimes.

On Nov. 6, 1997, after death penalty legislation had cleared the state Senate by a comfortable margin, legislation reinstating capital punishment was defeated in the House after Rep. John Slattery, D-Peabody, switched his vote and doomed the measure 80-80.

Last month, Auburn police Officer Ronald Tarentino Jr. was shot and killed during a traffic stop. Baker subsequently said he would support the death penalty for those convicted of killing police officers.

Law Officer is the only major law enforcement publication and website owned and operated by law enforcement. This unique facet makes Law Officer much more than just a publishing company but is a true advocate for the profession.
Tags: headlineNews