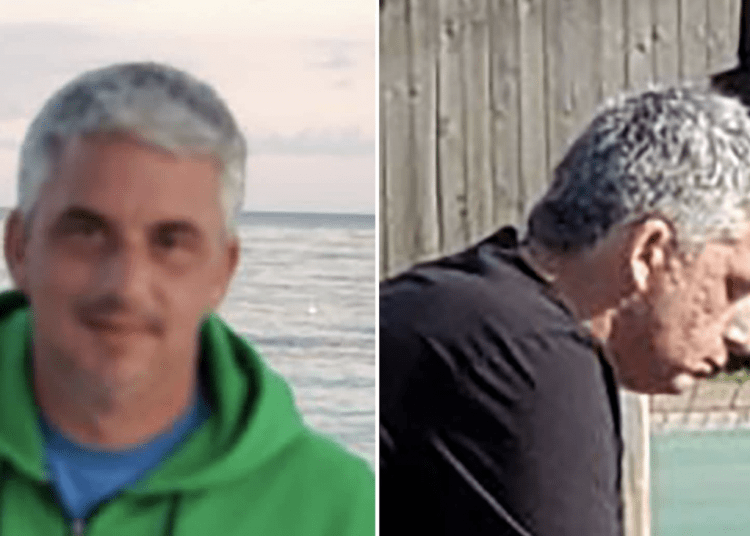 The body of Andrew Fraiolo was discovered Monday under a mound of melting snow after he disappeared more than a month ago during a major snowstorm, police said. (Wyckoff Police Department)

WYCKOFF, N.J. — A New Jersey man who disappeared during a major snowstorm in January has been found dead under a pile of melting snow, authorities said Monday.

Andrew Fraioli, 40, vanished after stepping out of his parents’ Wyckoff home around 8 p.m. on Jan. 31 during the storm, the Wyckoff Police Department said. The snowstorm would dump as much as two feet of snow in parts of the state, according to reports.

Fraioli’s parents told the Daily Voice that their son had come to help them dig out from the impending blizzard. The couple said they thought their son – who was wearing a long-sleeved, green shirt, pajama pants, and slippers – had just gone to the garage to get a soda.

After being reported missing, police pinged Fraioli’s cellphone to the neighborhood before the battery died but found no sign of the Lindewold resident, the paper reported. His car remained unmoved and there was no activity from his bank account.

On Monday, a neighbor across the street called police shortly after 12:30 p.m. after she spotted part of Fraioli’s body sticking out of the snow in a front side yard between two houses, Lt. Joseph Soto said. Officers identified the man as Fraioli and determined he was dead, according to Daily Voice.

It was in an area where either blown or plowed snowfall accumulated on top of existing coverage, they said.

Police said that no foul play is suspected in the disappearance and death of Fraioli, who worked as a drug counselor in Camden, Fox reported.

The Bergen County Medical Examiner is conducting an autopsy to determine a cause of death as the investigation continues.