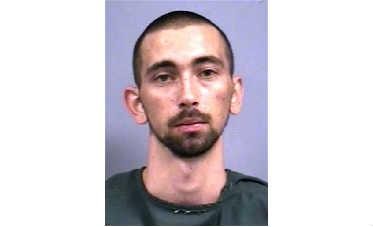 NEWBERRY, S.C. – Two men who worked at a South Carolina poultry processing plant had spent most of the day together Tuesday, hanging out late into the evening, maybe rehashing their long shifts.

By the next morning, one of the men – who was black – was dead, shot to death and then dragged behind a pickup truck for more than 10 miles down a country road. The other – a white man – was in jail, charged with murder, and authorities were investigating the death as a possible hate crime.

"We've not been able to rule that out," Reggie Lloyd, chief of the State Law Enforcement Division, said Thursday. "You have to chase that down, as an angle of this."

The FBI has been working with Lloyd's agency to sort out what led up to the shooting death of Anthony Hill, 30. South Carolina has no state hate crime statute, and federal authorities have not decided if they will take over the case.

The body of the former S.C. National Guard firefighter was found around 4:30 a.m. Wednesday on U.S. Highway 176 in Newberry, a town of about 11,000 in central South Carolina.

Killed by a gunshot wound to the head, authorities said Hill's body was tied to a pickup truck with nylon rope and dragged until it snapped, leaving his body in the roadway.

Collins was not armed when he was arrested, but Foster said he had an empty pistol holster on his side. No bond was set for Collins, who has been charged with murder and had his first court appearance Thursday, said Newberry County Magistrate Ron Halfacre.

Hill and Collins worked together at a Louis Rich chicken processing plant in Newberry County, authorities said. Neither man had a serious criminal record, and Lloyd says his agents are still running down a number of leads to find out how long the men knew each other, if they argued before the shooting, or if they had been drinking or using drugs.

"Everything else right now is really just rumors," Lloyd said.

Collins' mobile home is tucked in a rural, wooded area near Interstate 26, far from the center of this quaint city known for its opera house and historic downtown.

The tree-lined road along which authorities say Hill's body was dragged for nearly 11 miles winds through hilly areas before opening up into gated properties of large country homes interspersed with older farmhouses.

On Thursday, a foot-wide dark stain was visible in the right hand lane of the asphalt roadway, a mark authorities planned to wash away later in the afternoon.

Hill's body was found near a local elementary school, whose children were on a half-day schedule. The local high school was scheduled to hold commencement exercises Thursday evening.

One of Collins' neighbors described him as a quiet man who was up early for work each day.

"He was like a loner, a quiet kind of person," Dakota Dye, 19, said Thursday, standing outside her mobile home two lots down from Collins' property. "I kept to our business, and he kept to his."

Standing outside the home she shared with her son in Winnsboro about 40 miles from Newberry, Hill's mother said Thursday she has a hard time believing that her son would be the victim of a hate crime.

"I just don't know how it goes between the races," said Mattie Smith, 48, standing outside her home in Winnsboro as friends and neighbors came by to comfort her. "Anthony has always been a laid-back, very mannerable young man."