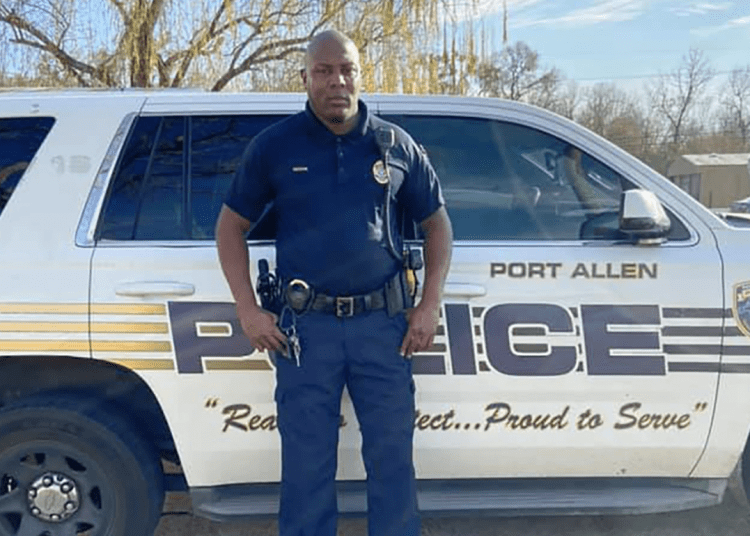 Port Allen Police Officer Nolan Dehon has been suspended without pay and is scheduled for a hearing. (Facebook)

PORT ALLEN, La. — Bodycam footage recently released captures the moment a Louisiana officer repeatedly uses his Taser against a 67-year-old man, taunting the individual by telling him to scream, according to reports.

When Richardson, who is handcuffed, yells for help from the back of the police cruiser, Dehon, 45, tases him twice, KMOV-TV reported.

The 45-minute video shows Dehon still arguing with Richardson at the police station — even as the arrestee is being taken to the hospital.

“He said, ‘If you holler one more time, then I’m going to pop you again,’ and he put it right to my heart and it went, pow, and I went out,” Richardson told the news organization. “Something’s got to be done.”

The officer has subsequently been suspended without pay, and faces felony charges, according to KMOV. Richardson was never charged with a crime.

Moreover, Dehon faces a May 5 hearing with the city council to determine if he will be terminated.

The March 27 encounter unfolded after Richardson broke a window at the home he shares with his sister because he lost his key, WAFB-TV reported.

As a result, police responded to the home, where Richardson is seen on the footage sitting on the front porch while Dehon points the Taser at him.

“Come out of there before I light you up,” the officer is heard saying.

“You don’t have to handle me rough” Richardson replies.

He’s then handcuffed and placed in the back of the police car, where he yells for help before he’s confronted by Dehon, who tases him twice in 10 seconds, New York Post reported.

Dehon and another officer are heard discussing possible charges against Richardson once they determine the broken window is in his own house.

“So now, yeah, this is disturbing the peace with him doing all of that hollering.”

A West Baton Rouge internal affairs detective wrote in the report that the man hadn’t refused any of Dehon’s commands, nor did he become physically combative with any officers at the scene. He wrote that the man initially had trouble getting into the vehicle because of his height, The Advocate reported.

Port Allen Police Chief Corey Hicks said the man filed a complaint after the encounter, which led to the investigation. He said in a statement he has a “zero tolerance” policy for such incidents.

Dehon was issued a summons for one count each of aggravated battery and malfeasance in office.

District Attorney Tony Clayton called the footage “highly disturbing” and said he plans to bring the case before a grand jury soon.