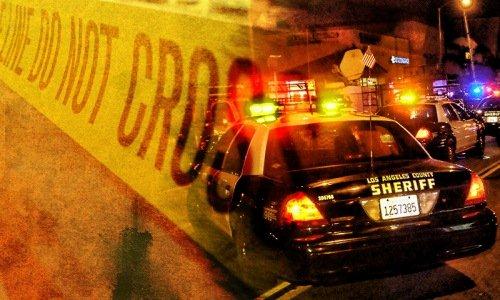 Update:  We have received reports that the suspect has been killed.  We expect details to be released at a morning press conference.

On their Facebook page, they announced that “Temple Station personnel engaged the suspect in an attempt to neutralize the threat.”

As of this writing, there have been no deputies injured.

KTLA reports that a dark blue SUV was parked in the station parking lot with a window that appeared to have been shot out.

At one point, a team of deputies approached the SUV with guns drawn to get a view inside the vehicle.

The deputies then retreated behind the cover a patrol vehicle and left the area.

Two armored SWAT vehicles then entered the parking lot about 1000 hours CST, with one of the vehicles approaching the SUV.

Authorities fired a flash-bang device at the SUV but there appeared to be no movement from inside.

A short time later, several deputies walked up to the vehicle behind an armored shield and opened a passenger-side door.

The situation appeared to be under control as the shield was lowered and several more deputies approached the SUV.

This is an ongoing incident.  Surrounding streets have been closed for the safety of traveling commuters and the public.

Share and speak up for justice, law & order...
Tags: headlineNews