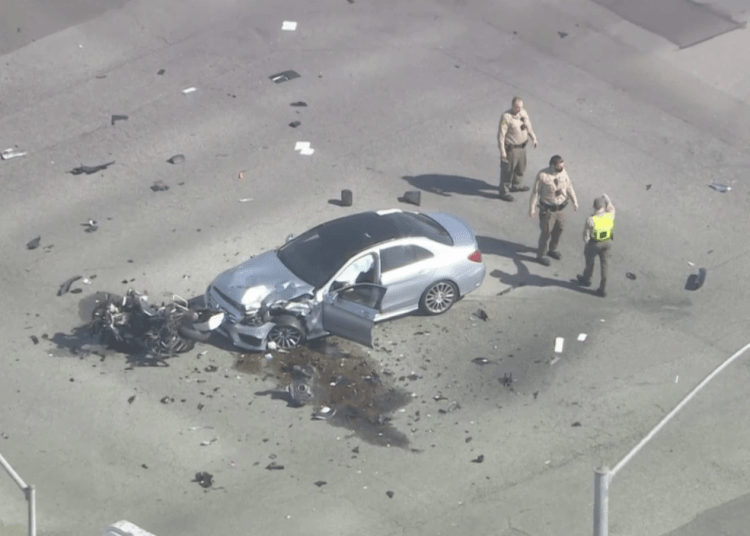 A Los Angeles County Sheriff’s Department motor deputy who was killed in a crash in the Lakewood area Thursday morning has been identified as a 41-year-old husband, father and Marine veteran.

The fatal collision occurred shortly before 9 a.m. as Deputy Thomas Albanese was trying to initiate a traffic stop on a motorist in front of him, Sheriff Alex Villanueva said.

Albanese had been with the department since July 2013, and was last assigned to the department’s Pico Rivera station. But the motor deputy had been working overtime at the Lakewood station, where he previously worked as a field training officer, at the time of the collision, according to the sheriff.

A veteran of the U.S. Marine Corps, Albanese had finished and survived four tours of duty in Iraq and was a “highly decorated individual,” Villanueva said. He served in the Marines for almost 10 years, from 2001 to 2010, KTLA reported.

But it had been his dream to become a motorcycle deputy, something that became reality when he passed motor school last March. Since then, Albanese had been assigned to the Pico Rivera station.

“It’s just a tough day for everybody,” Villanueva said. “He will be missed.” 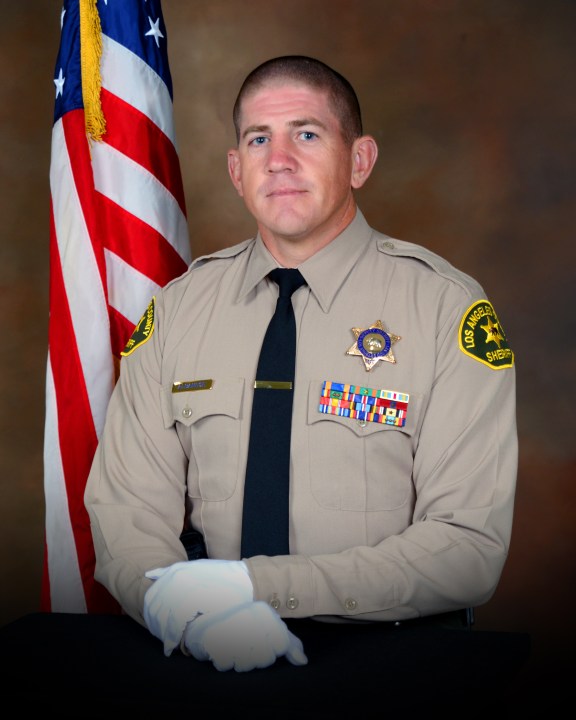 Deputy Thomas Albanese is seen in a photo released by the L.A. County Sheriff’s Department.

“Today, I am saddened to announce that an @LASDHQ motor deputy was killed in a traffic collision this morning,” Villanueva said in a brief statement posted to Twitter.

The deadly crash occurred at Del Amo Boulevard and Paramount Boulevard around 9 a.m., according to the sheriff.

It appeared to be an “unfortunate accident,” Villanueva said in a follow-up tweet, KTLA reported.

Sky5 video over the crash site showed the mangled wreck of the motorcycle at the front-end of a silver Mercedes-Benz sedan in the middle of the intersection. Debris was strewn about the roadway.

Sections of both streets have been blocked off by patrol cars and other emergency vehicles as investigators tried to determine the cause of the collision, the aerial footage showed.

I can confirm this appears to be an unfortunate accident. The accident occurred around 9:00 AM. The @LASDHQ and I will be holding a news conference at @LKDLASD station at 1:00 PM to provide more details.

The sheriff has not confirmed any details surrounding the circumstances of the crash, but one witness told KTLA that it appeared the motor deputy was pursuing a Dodge Charger through the intersection when it collided with the other vehicle.

“It looks like a motorcycle cop was chasing the Charger on Paramount Boulevard traveling northbound and a Mercedes came out of Del Amo and the motorcycle cop hit the Mercedes,” the witness said.

Villanueva is expected to provide more information about the traffic fatality at a news conference.