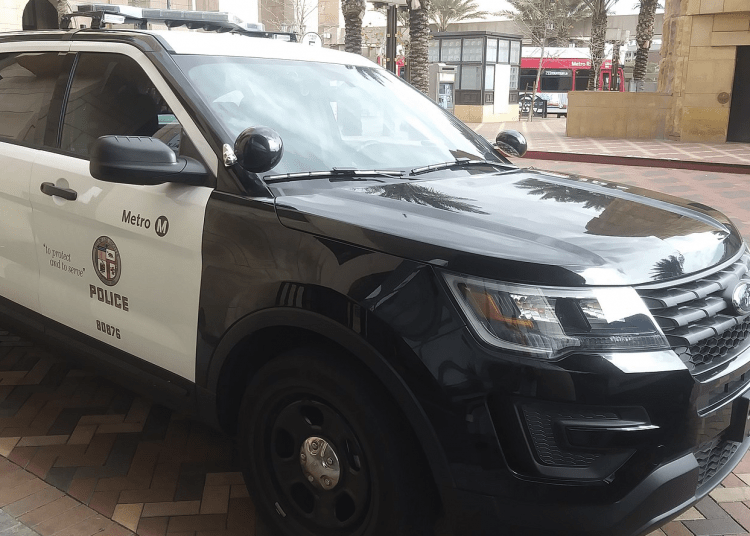 LOS ANGELES — Los Angeles police officers were involved in another two shootings Friday, raising the number of officer-involved shootings in the department this week to five, according to a KTLA.

Man with a hatchet and hammer

A man armed with a hammer and what investigators describe as a small hatchet was wounded in the first, which occurred around 3:50 p.m. in the Westlake district, said L.A. police Detective Meghan Aguilar.

Officers began pursuing the man on foot in the area of Wilshire Boulevard and Bonnie Brae after a woman reported being concerned about his actions. They followed him for several blocks, shouting commands in an effort to detain him, police said.

After attempting to use less-lethal means to take the man into custody, at least one officer opened fire on Bonnie Brae, between Sixth Street and Wilshire Boulevard.

Officials are still investigating what prompted the use of lethal force. The shooting was captured on body-worn camera, and detectives are also looking for any surveillance or cellphone footage that may exist, Aguilar said.

The man was struck and taken to a hospital, where he was undergoing treatment Friday night, authorities said.

A hammer and small hatchet were recovered at the scene, KTLA reported.

Today around 3:50 PM a Rampart Sergeant was flagged down in the area Bonnie Brae St. & Wilshire Blvd. The woman who flagged him down she was concerned about a male Hispanic who was armed with a hammer and an ax.

On Bonnie Brae between 6th St & Wilshire Blvd. an Officer Involved Shooting occurred. The man was struck & transported to a local hospital where he is receiving medical treatment. No officers were injured.

Man with a gun

The second police shooting Friday occurred after a man who officers were chasing exited his vehicle with a gun in El Sereno, according to Bruce Borihanh, a public information officer for the department.

Officers on patrol had tried to pull over the man’s vehicle for an equipment violation at about 7 p.m. in the area of Ithaca Avenue and Haven Street. As they approached the car, it backed up toward them and sped away, Borihanh said.

A short pursuit ensued, during which the suspect crashed into a home on the 5400 block of Hollister Avenue, police said.

As the officers approached the suspect, he reportedly exited his vehicle with a handgun. That prompted police to open fire, Borihanh said.

The suspect was struck and taken to a hospital, where Borihanh said he was last listed in stable condition.

Officials say a gun was recovered at the scene.

Shootings earlier in the week

In one of the other police shootings this week, also in El Sereno, an off-duty lieutenant fired his handgun at a moving car after allegedly seeing its occupants carry out a drive-by shooting. One man was wounded in the drive-by shooting, but it was unclear if the lieutenant’s bullets struck anyone, the Los Angeles Times reported.

LAPD’s other two shootings this week both occurred on Tuesday.

During a barricade situation at a University Park home where a man reportedly had been firing a rifle into the air, the suspect was shot and killed and a SWAT officer was shot in the face, Law Officer reported. The officer in that shooting is expected to survive.

And later Tuesday, officers wounded a man who had allegedly attacked his roommate with a knife. Officials had said the suspect was in serious condition.

She argued that safety is being “thrown away” in Los Angeles, Law Officer reported.

“Crime has gone through the roof right now and it’s scary,” Diaz said, adding that Gascón is “playing with people’s lives.”