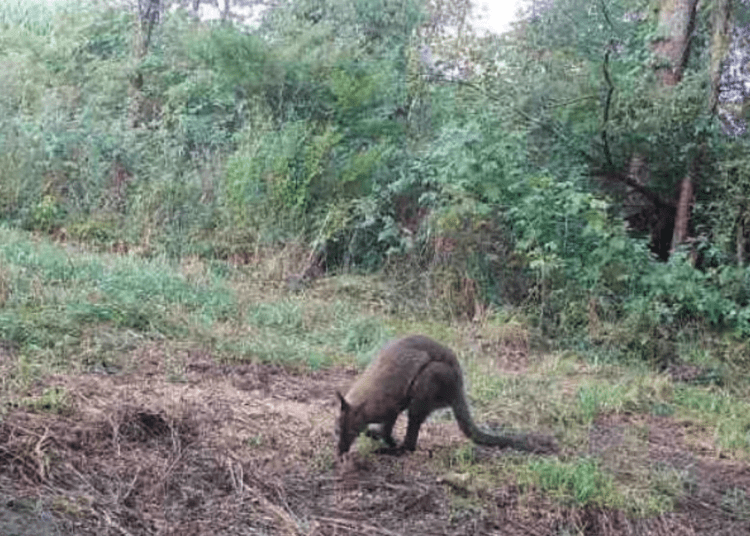 The kangaroo was spotted on a deer camera. (Photo courtesy Don Hofsinger via FOX 8)

BREWSTER, Ohio — A kangaroo is on the loose and hopping around northeastern Ohio, perplexing law enforcement authorities as they attempt to corral the animal that has been bouncing away since Thursday, according to reports.

The Brewster Police Department said a resident spotted what was described as a baby kangaroo about 9:30 a.m. on Thursday, WOIO-TV reported.

Brewster Police Chief Nathan Taylor said his agency was shown footage from a video that captured the kangaroo crossing a road in Stark County at about 2 a.m. on Saturday, according to the news outlet. A kangaroo was spotted in Stark County. (Brewster Police Department)

The bounding animal was seen again near railroad tracks at around 10:35 p.m., according to News 5 Cleveland. 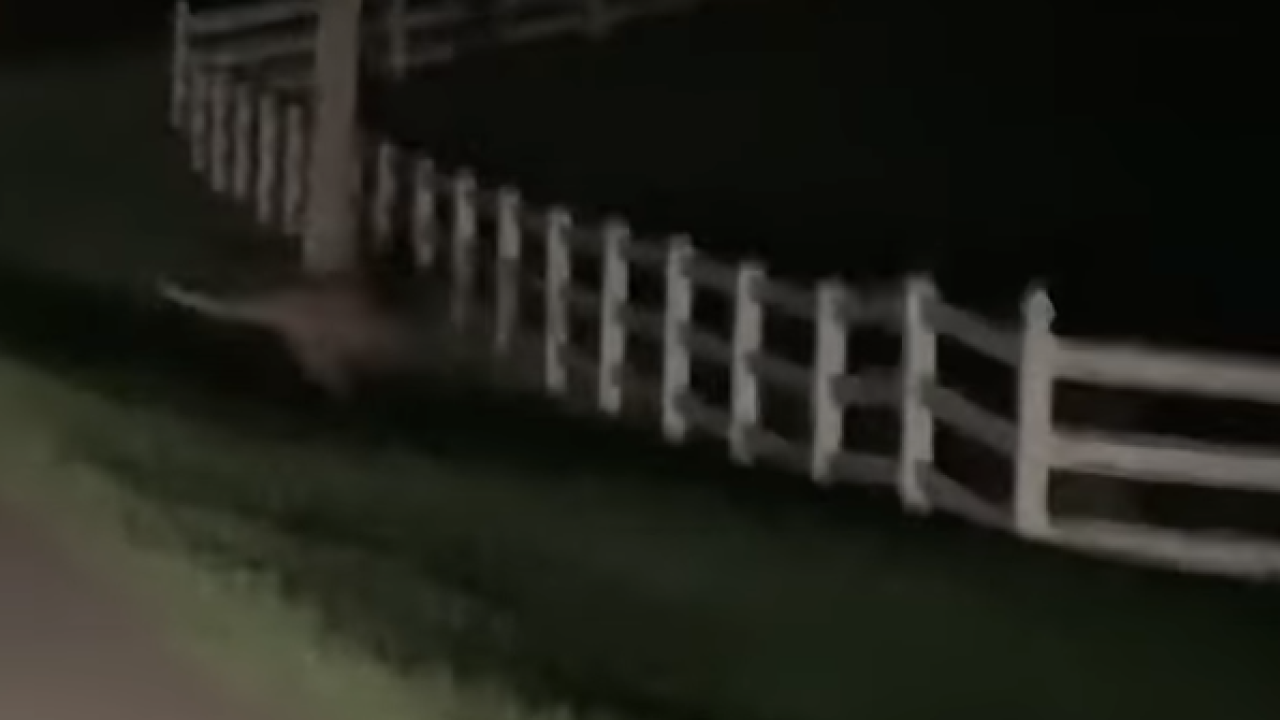 Initial reports indicated that two kangaroos were running wild. However, Taylor said Sunday there is only one escapee, although it’s unclear where it belongs.

The kangaroo was also spotted Saturday on a deer camera by Don Nofsinger.

So far, officials have come up empty while searching for the marsupial. Nevertheless, the chief said police have a general idea where to find the kangaroo, but conceded that he is stymied by the elusive animal, FOX 8 reported.

Taylor expressed the unique circumstances of trying to corral a kangaroo, according to WPXI. After all, this isn’t Australia where they are commonly found.