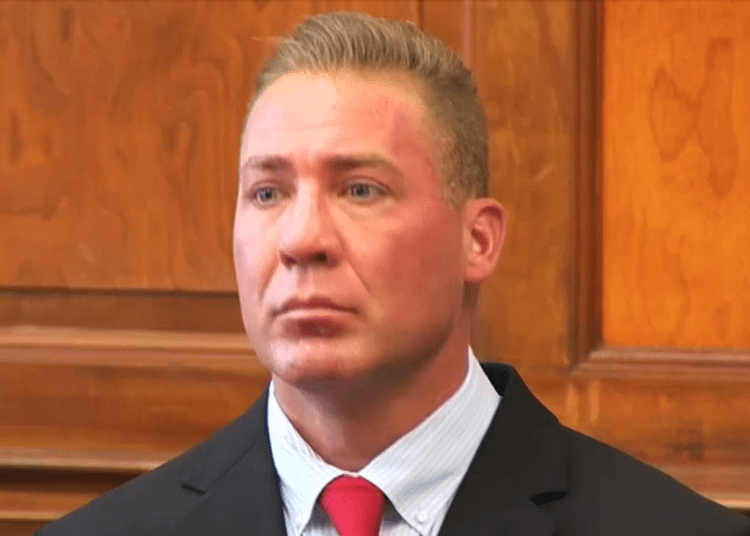 GILES COUNTY, Va. — A Virginia judge dismissed all charges Thursday against a Town of Narrows police officer who was being tried in the death of a motorcyclist who was fleeing police during a pursuit.

Officer Chad Stilley was about two years into a career with the small town in Giles County when he drove an unmarked police car across U.S. 460 on the night of July 24, 2020, reported The Roanoke Times.

As Stilley’s police unit entered the roadway it came across the path of a motorcyclist who was fleeing from another officer at speeds exceeding 100 mph.

The motorcyclist trying to outrun law enforcement personnel was identified as Michael A. Acord, 28, of Rich Creek, Virginia. The fleeing suspect died as a result of the collision.

A year after the traffic fatality, Stilley, 44, was indicted on charges of involuntary manslaughter, reckless driving, and failing to yield the right of way. He had an exposure of up to 11 years in prison if convicted.

However, Giles County Circuit Court Judge Lee Harrell abruptly ended Stilley’s trial on its fourth morning once the prosecution rested and the defense filed a motion to drop all charges, the Times reported.

Harrell ruled the prosecution had not established negligence on Stilley’s part in the death of Acord.

The judge also said that special prosecutor Chris Rehak, Radford’s commonwealth’s attorney had been placed “in a remarkable predicament . . . in an adversarial position with police” by trying to prove the charges against Stilley.

“This was like trying to pull teeth from a greased animal,” Rehak said during Tuesday’s proceedings.

Upon Harrell’s ruling, the jury was also dismissed before the defense even had to present its case.

According to WDBJ, Stilley has been on administrative leave with the Narrows Police Department. It’s unclear what his future holds.