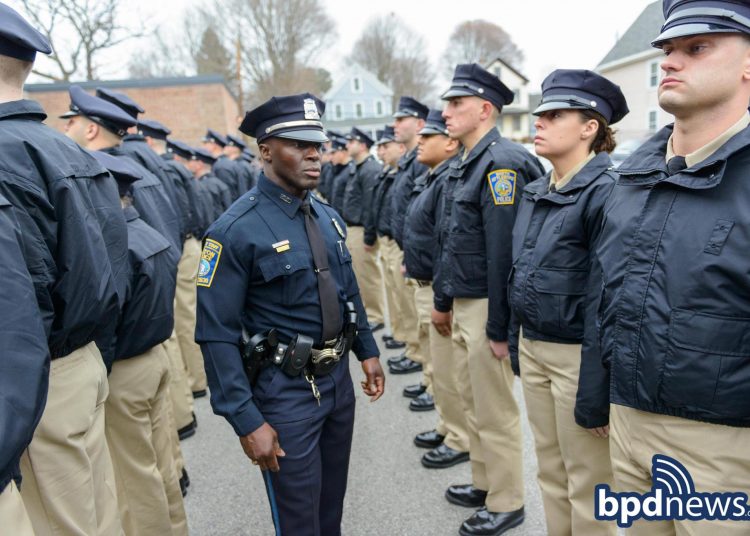 Polling data show a mixed bag of results regarding public perceptions of law enforcement, some is harshly negative, some (based on interactions) is quite positive.

When adding all three categories in a recent Gallup poll, a great deal of confidence, quite a lot, and some, 81 percent expressed a level of confidence in law enforcement.

Law enforcement understands that we must do better. The dilemma is whether there will be enough experienced police officers left to implement the changes necessary.

Violent crime and fear of crime have increased.

I don’t expect this to be a popular read.

We live in a time of immense controversy regarding police use of force and tactics. Recruitment of police officers is down dramatically (63 percent per one source) with reports that cops are leaving cities (or the profession in general). Jurisdictions are having a hard time keeping their officers.

Add COVID and violent protests to the mix and it’s a wonder that we still have people willing to do the job.

Violent crime is skyrocketing in many cities with charges that the officers refuse to be proactive because of endless harsh criticism. A  growing number of people are shot or murdered including an endless number of children. It’s a tragedy of major proportions. Fear of crime has risen to historic highs, Crime in The US.

It’s a tough time to write about the justice system with politics and ideology trumping reasonable discussions. Where I believe that the vast majority of cops are decent, judicious people who simply want to do their jobs and go home to their families, I acknowledge that others have the opposite reaction.

There are times when I force myself to read polls regarding the public’s reaction to law enforcement. I use the word “force” because much of it is harshly critical of American policing.

Conversely, there is polling data supportive of law enforcement and others suggesting that the vast majority of Americans oppose defunding. Regardless of race and demographics, many polls regarding policing based on interactions are positive.

How one comes to grips with conflicting data is important. We within the justice community need to understand what people are thinking; we can’t simply turn our backs on opinions we don’t like.

The problem is making sense out of polls.

Public Agenda offers a wide array of polling data under the banner of “America’s Hidden Common Ground on Race and Police Reform,” Public Agenda. It was released on June 29, 2020.

Public Agenda is considered by some to be a left of center advocacy organization. What’s interesting is that they offer the Hidden Common Ground Initiative:

More and more we hear about how Americans have become so divided that we cannot possibly understand one another, let alone find common ground or work together toward common ends.

The Hidden Common Ground Initiative (HCG) challenges the increasingly dominant narrative of a hopelessly-divided America by identifying and elevating the areas and narratives where Americans agree on solutions to politically-polarized issues, and by fostering productive dialogue on those areas where we truly disagree.

America’s Hidden Common Ground On Race and Police Reform can be summarized quickly, cops are biased thugs, and the vast majority of the American public wants radical change.

So much for a common ground.

This isn’t to suggest that Public Agenda doesn’t offer insights that everyone in the justice community needs to read and understand. Cops have taken the public relations beating of a lifetime, and some of it is deserved. We can’t afford to stick our heads in the ground as to detractors.

All I’m suggesting is the Public Agenda’s polling data is in stark contrast to findings from better-known polling organizations. Public Agenda used findings of an Ipsos poll conducted between June 18-22, 2020 on behalf of Public Agenda and USA Today.

Per Gallup, The Majority Of Americans Rate Police Encounters As Positive, Respectful and Fair

The data below was collected as nationwide protests took place after the killing of George Floyd in Minneapolis. They are based on a June 23-July 6 Gallup survey.

You can present data to fit a preconceived point of view but the Gallup data offered above matches previous numbers provided by the US Department of Justice stating, “An estimated 40 million U.S. residents age 16 or older, or about 17 percent of the population, had a face-to-face contact with a police officer in one year.

Among people who had face-to-face contacts, about nine out of 10 residents felt the police were respectful or acted properly,” Bureau of Justice Statistics.

As to a great deal of confidence, law enforcement did better than the medical system, public schools, the Supreme Court, the presidency, banks, unions, tech companies, newspapers, the justice system, big business, television news, and Congress. Policing came within two points of organized religion. Only small businesses and the military were significantly higher. The findings are similar for the “quite a bit” category with only the medical system, the military, and small business exceeding law enforcement, Confidence in Law Enforcement.

Via media reports, it’s well documented that police officers are leaving the job; family members are insisting that they get out, and get out now. Recruitment is down 63 percent. Retention is becoming difficult. Are we now Running Out Of Cops?

Due to intense criticism, cops are holding back (not being proactive) in a multitude of cities and violence is increasing, Arrests And Increasing Violence. Police officers are calling in sick in Atlanta and cities throughout the country. A D.C. police union survey says 71 percent of those polled are considering leaving, FOX DC.

Every police officer in the country fully understands that we have problems with public confidence within the African American and other communities. Considering the history of policing, the findings are understandable.

It’s not my desire to disregard the “common ground” data offered by Public Agenda; I’m simply suggesting that data from major polling organizations offer starkly different perspectives. Regardless of the negativity of some data, we need to understand what it means and to use it to guide us to do better. This publication hasn’t shied away from the negatives, Public Opinion and Cops.

A record 69 percent say Black people and other minorities are not treated as equal to white people in the criminal justice system. But the public opposes calls to shift some police funding to social services, a Washington Post-ABC News poll finds.

The findings underscore the mixed fallout after the killing of George Floyd and related incidents. There is increased public scrutiny of police treatment of Blacks, but less unity on broader questions. Stark divisions exist between groups and among varied political identities.

Law enforcement understands that we must do better. The dilemma is whether there will be enough experienced police officers left to implement the changes necessary.