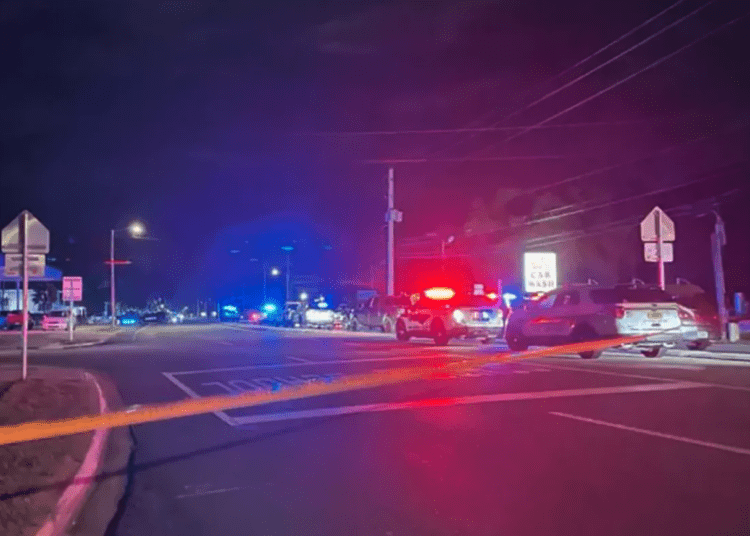 EDGEWATER, Fla. – A hostage situation at a Narcotics Anonymous meeting in Florida on Monday night ended tragically with the deaths of three individuals, including the armed hostage taker, according to authorities.

Officers with the Edgewater Police Department in Volusia County responded to trouble caused by an armed man at a NA meeting taking place at 515 North Ridgewood Avenue, police said.

Officers attempted to make contact and negotiate after discovering the gunman had shot a person and taken another hostage. However, their attempts were unsuccessful, FOX35 Orlando reported.

“We made the quick decision to utilize our SWAT team, and we breached the doors and located three deceased people,” Edgewater Police Chief Joe Mahoney told the news outlet.

Investigators discovered that a male had been shot, while a female had been taken hostage inside the building. Fortunately, other people attending the meeting were able to escape unharmed, police said.

Chief Mahoney said a preliminary investigation revealed the murders were domestic related, while also confirming the suspect was among the three people found dead and there was no further threat to the general public.

Chief Mahoney said during a Tuesday news conference that about 20 people were able to flee the room after the suspect shot the man and took the woman hostage.

Hunter reportedly went to Facebook Live from inside the NA meeting, but didn’t say anything while broadcasting video. It was unclear what was shown on the live feed, although police say it appears that he already shot the victims before going live.

The gunman reportedly had a lengthy criminal history in Missouri, which included firearms charges.