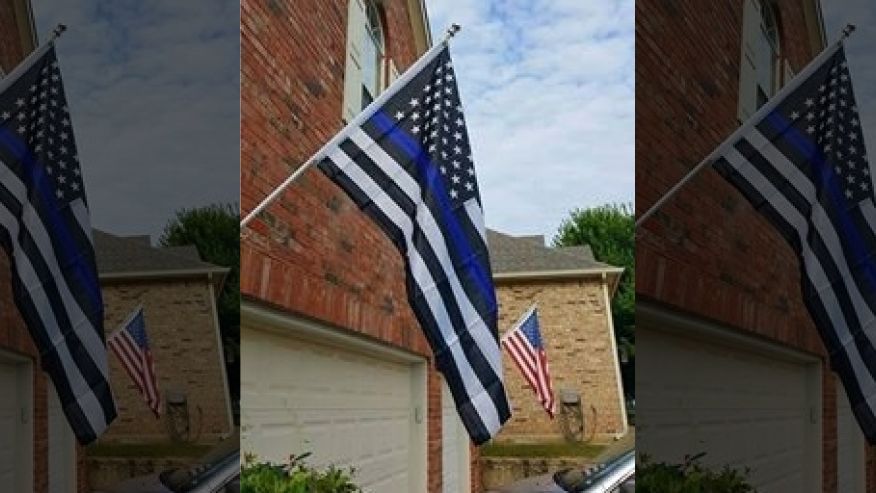 Rodney Ivester, of Corinth, Texas, is the kind of guy you’d like as a neighbor. He maintains a tidy lawn, doesn’t make much of a racket and he flies an American flag.

About three weeks ago, Rodney decided to post another flag alongside Old Glory – to honor law enforcement. It’s a black & white version of the U.S. flag adorned with a blue stripe.

He told me that posting the flag was a small way that he could honor the memory of the five police officers gunned down in Dallas in July.

“I love my country and I wanted to show my support for law enforcement and military personnel,” he told me. “I put the flag up so that I can honor the fallen officers and support those that are in the heat of the battle.”

Rodney’s neighbor is a police officer and he was genuinely touched by the simple gesture – a message of solidarity.

But the other day, he received a terse note from the Oakmont Country Club Estates’ property owner’s association.

It turns out that someone had complained about the pro-police flag and it had to come down. They accused him of violating a covenant.

“No noxious or offensive activity shall be undertaken on the property, and nothing shall be done which is or may become an annoyance or nuisance to the neighborhood,” they wrote in bold letters.

He was given explicit instructions: “Please remove the altered American flag from your property and store out of public view.”