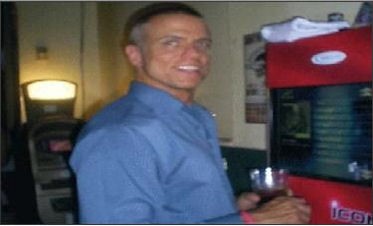 (AP) BRIDGEVILLE, Pa. – A man who sprayed bullets into a fitness class filled with women, killing three and then himself, apparently kept a Web page in which he wrote about years of rejection by women and an earlier plan for violence at the gym in which he said he "chickened out."

Neighbors described 48-year-old George Sodini as anti-social, and the Web page in his name showcased a resume setting forth his credentials as an unhappy loner. It listed his date of death Aug. 4, 2009 and his status of "Never married."

"Women just don't like me. There are 30 million desirable women in the US (my estimate) and I cannot find one," he wrote. The page ended with the words "Death Lives!

On Tuesday night, the gunman walked into the fitness center, entered a "Latin impact" dance aerobics class and placed a duffel bag on the ground. He rooted around in the bag for a moment, turned off the lights, took out at least two guns and started shooting.

Three women were killed and nine people were injured. Police say he may have fired as many as 52 shots before turning the gun on himself and committing suicide.

"He walked right into the room where the shootings occurred as if he knew exactly where he was going," Allegheny County police Superintendent Charles Moffatt said. "I think he went in with the idea of doing what he did."

Authorities on Wednesday identified the gunman as Sodini, of nearby Scott Township. The three women who died were Heidi Overmier, 46, of Carnegie; Elizabeth Gannon, 49, of Pittsburgh; and Jody Billingsley, 38, of Mount Lebanon.

The 4,610-word Web page, on a domain registered in Sodini's name, appeared to be a nine-month chronology of his plans to commit the shooting, his decision to delay it and the process that led to the eventual carnage at the health club Tuesday. Authorities did not immediately confirm that the site belonged to Sodini, but the elaborate nature of the comments suggested authenticity.

"The biggest problem of all is not having relationships or friends, but not being able to achieve and acquire what I desire in those or many other areas," said an entry dated Sunday. "Everthing stays the same regardless of the effert I put in. If I had control over my life then I would be happier. But for about the past 30 years, I have not."

The Web site's author wrote of planning the attack since at least November, and had tried to do it when the same Tuesday-night dance aerobics class he targeted met on Jan. 6.

A neighbor of Sodini's, Connie Fontanesi, said she was interviewed by county detectives Tuesday evening.

"He was so anti-social we really didn't learn anything personal about him," she said.

The violence rocked the suburban Pittsburgh town of about 5,300 residents some eight miles southwest of downtown.

Jordan Solomon, 14, of Mount Lebanon, was in the all-female class and told The Associated Press on Wednesday that it started normally, but she thought it weird when a man walked into the class about 15 minutes later. Solomon said the man put a black duffel bag on the ground.

"He had a sweatband on his head. He was shuffling around in (the bag)," Solomon said. "All of a sudden all the lights went out and I turned around, he starting firing. I turned around and I saw him holding a gun."

The man was expressionless, she said, and she didn't hear him say anything.

Solomon said she immediately started to run out of the room and into the parking lot, where she ran into a nearby restaurant and told workers there to call 911.

The gunman fired multiple weapons "indiscriminately" and didn't say anything before unleashing a burst of bullets, Moffatt said. Moffatt said police recovered at least two guns from the scene and a note from the shooter's duffel bag, but he would not say who wrote it.

"I don't think anyone could have stopped him," Moffatt said.

Five of the wounded victims arrived in critical condition at UPMC Mercy Hospital, but three of them were upgraded to serious condition by early Wednesday. Two women remained in fair condition at another Pittsburgh hospital. One victim was treated and released for a shoulder wound and a woman with a bullet wound to the knee remained in stable condition Wednesday.

Loretta Moss, 44, of McDonald, said she was exercising on a treadmill when she heard a popping noise.

"I didn't pay any attention, and the next minute, people were screaming," said Moss, who had come to the gym Tuesday night for the first time in a couple of weeks. She said she then heard more pops.

"There was like a whole spray of them. I'd say about 15 altogether, and then people started screaming and yelling and started running out the building," she said.

"We laid down, and then after the last set of … gunshots, we got up, and someone said, 'run.'"

Law Officer is the only major law enforcement publication and website owned and operated by law enforcement. This unique facet makes Law Officer much more than just a publishing company but is a true advocate for the profession.
Tags: FitnessInvestigationsNewsTraining