Hannah Casperson is charged with dozens of crimes 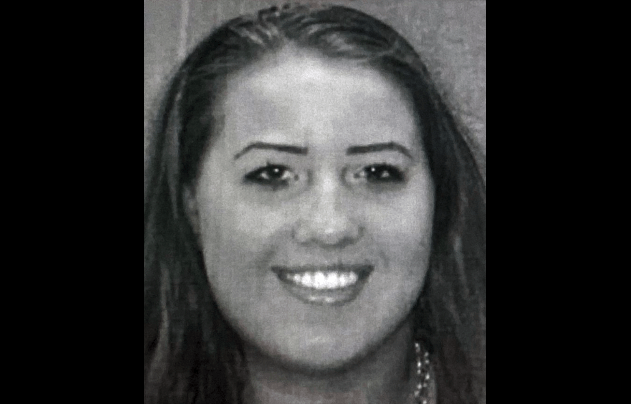 WOLCOTT, Conn. — A woman who engaged in dozens of vehicle burglaries and fleeing from police crashed into several patrol units injuring seven officers in a chase that covered more than 22 miles. The pursuit terminated when she slammed into a telephone pole, according to law enforcement authorities.

Hannah Casperson, 25, was identified as a suspect in thefts from more than 40 vehicles Friday in Wolcott, police said. Her crime cohort, Thomas Crawford, 31, was arrested Friday, but police say Casperson was able to elude officers, cleveland.com reported.

Waterbury officers located a white Hummer driven by Casperson about 8:43 a.m. on Sunday. Police tried to stop the vehicle but it sped off, hitting a patrol cruiser. Moments later it struck another police unit as the suspect vehicle headed onto Interstate 84 west, according to a press release.

During the pursuit that lasted more than 22 miles, the woman struck seven patrol cars, which sent seven officers to the hospital. The suspect eventually lost control of the Hummer and struck a telephone pole, WTNH reported.

Casperson was transported to Bridgeport Hospital and is currently receiving treatment for non life-threatening injuries.

All of the injured officers are reported to be in stable condition, police said, according to the news outlet.

Casperson has multiple outstanding warrants and will face additional charges in connection with the thefts and pursuit. She was on probation at the time of the crime spree.