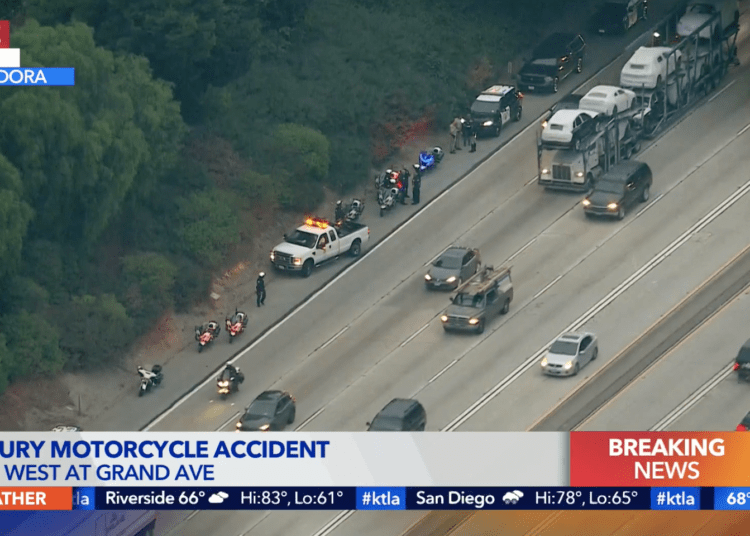 LOS ANGELES — A motor officer of the Los Angeles Police Department went down on the 210 Freeway in Glendora Wednesday morning. He was rushed to the hospital with major injuries, according to authorities.

The collision occurred about 5:30 a.m. on the westbound side of the freeway near Grand Avenue, according to the California Highway Patrol’s traffic incident log, KTLA reported.

The CHP identified the injured LAPD officer as Jeremy Hollings in a press release.

According to CHP Investigators, Hollings was riding to work on a 2015 LAPD BMW motorcycle. During his commute, contact was made between the right side of his motorcycle and the left rear of a Ford F-250 pickup truck that was traveling in the adjacent lane to his right.

Following impact, the police motorcycle veered into the path of another Ford F-250 pickup that was traveling in the HOV lane, according to the CHP.

The pickup truck collided with the motorcycle, causing major injuries to Hollings. He was rushed to Pomona Valley Hospital Medical Center where his medical status is currently unknown.

The CHP said there were no additional injuries in the collision.