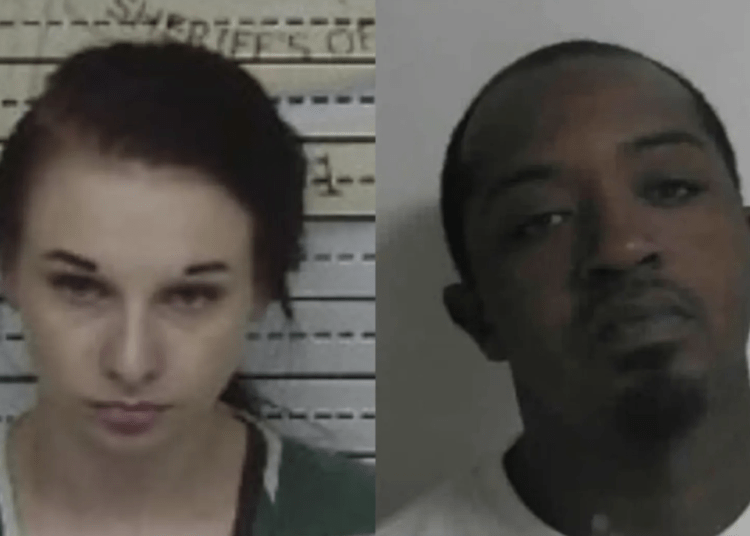 Jazzmine Hall, 27, and Curtis Smith, 38, have been arrested in connection to a quadruple homicide in Tennessee, authorities say. (McMinn County Sheriff's Office)

RICEVILLE, Tenn. — A quadruple homicide occurred in McMinn County Saturday morning as one man and three women were found dead.  A 10-month-old baby was missing after the horror but was safely located Saturday evening The terror occurred after what appeared to be a dispute over the baby, the local sheriff’s office said.

Two suspects, a man and a woman, were arrested Saturday night in connection with the murders. They were identified as Curtis Smith, 38, and Jazzmine Hall, 27, according to FOX 17 of Nashville.

The sequence of criminal acts began around 8 a.m. at a residence on County Road 60 in Riceville, about 50 miles northeast of Chattanooga, when the two suspects arrived at the home, according to the news outlet

“It appears that there were initially six people present at the residence,” McMinn County Sheriff Joe Guy told WATE-TV of Knoxville. “There was some kind of dispute that took place between the female suspect and the male victim over a 10-month old whom they are the parents of. At some point, the dispute turned violent and the four victims were shot. One witness escaped and the other pretended to be injured and survived. The suspects then took the child and left the scene.”

Responding deputies found the bodies of Trevon Hall, 36; Skylar Hawn, 24; Jesse Dupree, 40; and Brandi Harris, 39, at the residence, according to FOX 17.

Trevon Hall and the female suspect, Jazzmine Hall, were the parents of the child, authorities said.

The investigation led law enforcement officers to a location in Polk County, where a SWAT operation made the arrest of Smith and Hall.

MCSO along with Polk County Sheriff’s, the 10th Drug Task Force and the US Marshals were involved in finding and apprehending the suspects.

“This has been a challenging day for our community, and our prayers continue to be with the families of the victims of this terrible incident,” added Sheriff Guy.

Specific charges against Smith and Hall were not immediately clear, according to FOX.

The child was placed in the care of the state Department of Children’s Services, WBIR-TV of Knoxville reported.

Although arrests were made, the investigation is ongoing.